When it comes to exploring the imagination, there’s no other American science-fiction author quite like Philip Kindred Dick. Continually questioning the nature of reality, perception, and human consciousness, he’d take huge concepts and bring them down to an intimate level. Not only that, but he’d also underpin his work with a sense of humor, not allowing it to get too bogged down, despite its increasingly dense subject matter. Over the years, his legacy has really left a mark, not just on science-fiction literature but pop culture and art as a whole, with his ideas still reverberating today.

The first short story of Dicks that was published and paid for was titled Roog, and it would come out in ‘The Magazine of Fantasy and Science Fiction in 1951. This would lead to a long and illustrious career as a prominent science-fiction writer for Philip K. Dick, even if he did struggle for mainstream recognition during his lifetime. Seeing his first novel Solar Lottery published in 1995, he’d go on to see a number of novels released during his lifetime. In 1962 he’d see his speculative novel The Man in the High Castle published and recognized by the science-fiction community, but not so much the literary world at large. Many of the concepts present in his books would take on ideas of a deeper, more philosophical nature, looking at themes of identity and consciousness. There would also be a heavy air of paranoia prevalent throughout much of his work, along with a lot of drug use, something which Dick himself was involved in.

Just a few months after his passing in 1982, the film ‘Blade Runner’ was released, which was adapted from his 1968 novel Do Androids Dream of Electric Sheep? This film alone from Ridley Scott would come to define much of science-fiction cinema throughout the following decade and would be followed up with the equally critically lauded ‘Blade Runner 2049’ in 2017. Other famous cinematic adaptations of his would include his 1966 short-story We Can Remember It for You Wholesale, which was made into the 1990 film ‘Total Recall.’ There was also a television show of ‘The Man in the High Castle’ made for Amazon Prime in 2015, which ran for four seasons. Influencing other media, from music to video games, Dick has had a profound effect on contemporary pop culture, not only winning the Hugo and Nebula Awards during his lifetime but having an award named in his honor too. Leaving behind a powerful legacy, there are many career highlights, with several novels standing out above the rest.

My own personal top five novels of Philip K. Dick run as follows: 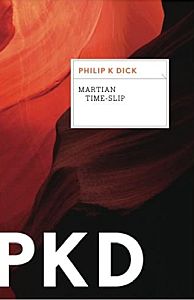 Taking place on Mars, Manfred Steiner is a young schizophrenic boy aged ten, and he’s the one thing more precious than water. Living on the colony there, the UN has set in motion his deportation, as his destruction is imminent, it would seem. Standing in the way is Supreme Goodmember Arnie Knott, as he’s a key member in the Water Worker’s union, and he believes the boy may hold the secret of seeing into the future as they embark on a labyrinthine plot of scams and time mysteries.

Twisting space and time itself, this is a hallucinatory read that continually twists and turns in every direction. There’s so much at the heart of this novel, with intriguing characters and a well-written plot that never loses itself, despite its complexities. It also has some strong criticisms of capitalism and society at large, putting forth many of K. Dick’s political leanings. 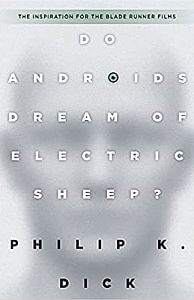 Taking place in the ‘future,’ this being January 2021, the story presents an alternative vision of a futuristic dystopia. Following Rick Deckard, it sees him as a bounty hunter for the San Francisco Police Department being tasked with ‘retiring’ six androids gone rogue from the Mars colony. Looking identical to humans, though, this is going to be more than difficult, especially when they’ll do anything to remain undetected.

While many may know this for the film Blade Runner in 1982, the book itself would be a lot bleaker in many respects, diving deeper into the philosophical ideas. Looking at the nature of consciousness and what it means to be human, this poses a number of questions on where we draw the line between person and machine. The book itself has a moody and evocative atmosphere, one that would adapt well to the big screen, really propelling the science-fiction genre forwards. 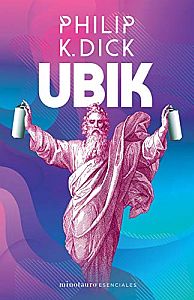 Running a business centered around security and privacy, Glen Runciter deploys teams of anti-psychics to help his corporate clients. That’s when he’s suddenly ambushed by a rival firm, leading to him being placed in suspended animation, or ‘half-life,’ while the survivors from his team start to witness strange happenings in the world around them. Seeing Glen’s face emerge on coins, with time itself seeming to reverse, technology is apparently is regressing, and apparently, the product called Ubik is behind it all, as the team set about uncovering the mystery.

There’s so much to this book in terms of scope and scale, moving all over the place but always managing to keep itself firmly rooted. It’s a smart novel with a lot to say, giving the reader plenty of action in the process whilst also being funny and engaging in the process. Not one for easy answers, Philip K. Dick weaves multiple layers one on top of the other, with ideas on religion, isolation, and the nature of reality itself; it manages to grip its audience on every level. 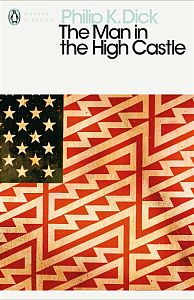 It’s 1962 in America, and they lost the Second World War, with the United States occupied by Japan and Nazi Germany. With slavery legal, the I Ching is prevalent throughout San Francisco, as the Jewish population hides under assumed names and identities. Living under this occupation is one Frank Frink, previously Fink, a Jewish-American hiding from the authorities, as a banned copy of a novel depicting an alternative world where the allies won is secretly being passed around.

When it comes to an alternative vision of history and speculative fiction, this is a leading example of the genre. It really excels in world-building, creating a fascinating world to explore, one that’s both horrific and compelling in equal measure. Showing the horror of a fascist society, it’s an extremely well-researched novel, showing close attention to detail all the way, making it wholly believable and real. 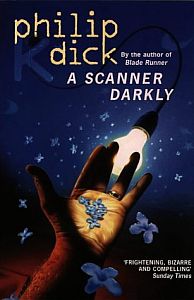 Running rampant through the streets of Los Angeles, Substance D has been nicknamed ‘Death.’ It’s a drug that connects the two hemispheres in the brain, disorientating at first and then irreversibly damaging the user. Entering the scene, Bob Arctor is an undercover narcotics agent looking to locate where the supply’s coming from. Infiltrating the drugs scene means he has to pose as a user himself, which soon leads to him being addicted himself, as he loses touch becoming indistinguishable from the users around him.

This is one of Philip K. Dick’s more personal stories, drawing from his own experiences with drugs, making for a wholly believable novel. Dealing with split personalities and the nature of reality, it tackles some hard-hitting subjects, posing some deep philosophical questions. A film was made in 2006 using rotoscoped animation of live-action starring Keanu Reeves, but this pushes the concept to its fullest, immersing the reader in a constant perpetual haze.

Best Authors To Read If You Like Philip K. Dick:

Arthur C. Clarke: When it comes to big ideas, the ability that science-fiction has for tackling them head-on, Arthur C. Clarke is definitely a writer to look to. While Philip K. Dick may look internally into the recesses of his own psyche, Clarke aims for the stars, but it’s their shared fascination for the big questions they both share. Showing imagination and skill, many know Clarke for penning such classics as ‘2001: A Space Odyssey,’ but he has a wealth of material that inspires writers and readers to this day.

Ursula K. Le Guin: Much a contemporary of Philip K. Dick, the two of them would also attend the same high school and graduate the same year, although they never met during this time. Over the years, though, they’d come to admire each other’s work greatly, corresponding and inspiring one another as time went on. Similar to K. Dick, Ursula K. Le Guin would explore a number of different political ideals through her science-fiction, and she’d also turn to fantasy as well.

William Gibson: Known for pushing the Cyberpunk genre forwards, he’d continue many of the ideas of writers like Philip K. Dick, building upon them and giving them roots. In turn, his own work has gone on to influence art, culture, academia, and cyberculture as a whole, with novels such as his 1984 book ‘Neuromancer.’ Seen as prophetic by many, he’d go on to coin commonly used terms such as ‘cyberspace,’ with imprints of his writing still found in science-fiction literature and cinema today.

Douglas Adams: Providing a lot of wit and good humor in his writing, Douglas Adams is a British writer who is at often turns both hilarious and incisive. Equally profound in many ways to that of Philip K. Dick, they’re both interested in larger truths while sharing a sense of humor, although Adams is a little more overt. No stranger to seeing his work adapted too, his most famous series ‘The Hitchhiker’s Guide to the Galaxy’ would also become a television series, video game, and film, with the book itself being translated from a BBC radio play.

Kurt Vonnegut: Another witty writer who was well known for exploring greater truths, Kurt Vonnegut would often use science-fiction as a means of analyzing his own thoughts and experiences. Taking events from his own life, such as his own experiences in the Second World War, Vonnegut would break them down through the medium of science-fiction. This would essentially allow him to process it; a similar approach to that of Philip K. Dick, who would also analyze his own psyche in detail.