An institution during her lifetime, Ursula Kroeber Le Guin was a powerhouse within the world of fantasy and science-fiction. With a singular vision and imagination, the scope and scale of her novels and worlds was enormous, really taking the readers above and beyond. Fitting in many ideas and important concepts too, she sets herself apart from the rest, as she would always have something important to say. Perhaps best known for her ‘Earthsea’ series, she would create a utopian brand of science-fiction that still stands out to this day.

Dealing with a range of philosophies within her work, Guin would first publish a poem titled ‘Folksong from the Montayna Province’ in 1959. Her first full novel was Rocannon’s World in 1966, following the release of a number of shorter stories, all largely centered around science-fiction and fantasy. It was in 1968 though, that she’d released A Wizard of Earthsea, which would see her gain international prominence as an author.

Setting her books in different universes, she’d create entire worlds, something which she did particularly well with her next novel The Left Hand of Darkness set in the Hainish universe coming out in 1969. Stories such as The Dispossessed, released in 1974, would further cement this fact, with it following on as the second in the Hainish Cycle.

Films have also been adapted and inspired by her work, such as the Studio Ghibli animation ‘Tales from Earthsea’ in 2006. Winning eight Hugo awards during her lifetime, she was never short of critical acclaim either, as she elevated science-fiction and fantasy as genres to bold new heights. This would later be further grounded when being named ‘Living Legend’ by the US Library of Congress in 2000. Inspiring countless authors, such as Neil Gaiman and Salman Rushdie to name a few, her legacy lives on, with plenty of important highlights throughout her career.

From all of Ursula K. Le Guin’s books, these are my own favorite top five novels ranked: 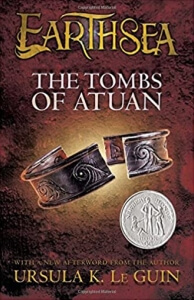 See at Amazon#5: The Tombs of Atuan (1970)
After being especially selected to become the high priestess of the ancient Powers of the Earth, Tenar becomes Arha, guarding over the Tombs of Atuan. Now also known as the Eaten One, her life as she once knew it has been taken away, and she must now navigate the labyrinthine tomb. Arriving to steal the legendary Ring of Erreth-Akbe, Ged, a young wizard, gets lost in the darkness, and the two of them must now escape its confines.

The story really caught me off guard here, as it crept up on me taking me completely by surprise and not letting go. Creating an extremely immersive and evocative atmosphere, it draws the reader in, as it develops the world of Earthsea, this being the second in the Earthsea Cycle series. Using the fantasy genre well, Guin definitely has something to say, not holding back, whilst simultaneously never forgetting about her characters at its heart. 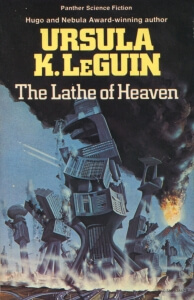 See at Amazon#4: The Lathe of Heaven (1971)
Awaking from a dream one morning, George Orr soon discovers that his whole world has been turned upside down, and that his dreams affect reality. Meeting with Dr. William Haber, his psychiatrist, Haber starts to manipulate Orr to his own ends, something which he must resist. Seeking to save reality from the twisted hands of Haber, Orr fights for his survival and the survival of everything and everyone he knows.

This definitely had a lot of interesting subtext, whilst remaining an engaging and extremely thrilling novel to read. Some authors would get lost in such a high-concept premise, but not Guin, as she really manages to keep it altogether, expertly weaving the many intricate threads of the story. I never felt lost at any point either, and the character of Orr was one I felt to ring wholly true throughout. 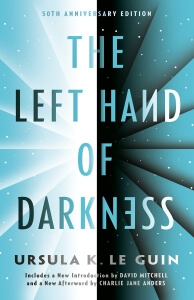 See at Amazon#3: The Left Hand of Darkness (1969)
Set in the world of Winter, the story follows the singular human emissary there, seeing them as they enter this otherwise alien world. It’s a land where the inhabitants are able to change their gender at will, and the emissary’s ultimate goal is to see them become a part of the intergalactic civilization. This means that he must attempt to overcome his own views on life and his own perspective, shifting a fundamental core part of himself in the process.

This was a really interesting book with much to say, and it definitely exemplifies a lot of what makes Guin so great as a socially conscious author. Taking a look at labels and, fundamentally, the humanity that lies beneath them, she really gets to the heart of something new and unique. It’s world building and characters are also something of note here too, as she manages to craft a universe that is both rich and immersive in its scope and outlook. 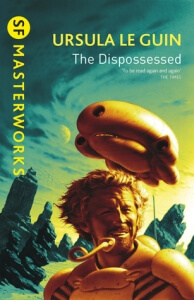 See at Amazon#2: The Dispossessed (1974)
Following the character of Shevek, it sees him as a brilliantly gifted physicist living life on the utopian world of Anarres. Set in an anarchist utopia, Shevek must journey to the mother planet of Urras, as he wants to bring about change, with his society being so remote from the rest of the universe. Isolated from the outside world, he hopes to bring down the walls with which they’ve surrounded themselves, broadening their horizons to the universe beyond.

This has gone down as one of Guin’s best, in large part due to the enormous amount of research she put into it, with a huge wealth of ideas and influences incorporated into the novel. From numerous political thinkers, to fellow science-fiction writers, it really is an inspired piece that takes the genre to fantastic new heights. The writing itself is also some of her best thanks to her carefully crafted characters who feel wholly believable throughout, making me want to spend a lot of time in what is the sixth title in her ‘Hainish Cycle’. 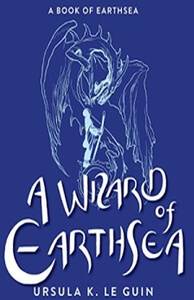 See at Amazon#1: A Wizard of Earthsea (1968)
During his youth, the now almighty Ged who’s seen as the greatest wizard in the whole of Earthsea, was once known as Sparrowhawk. Looking for hidden secrets during this time of his life, he would come to unleash a terrible force upon the world, enveloping it in a shadow. Tested by the demonic force, he had to master his own power, in order to fully understand the ordeal that lay before him.

On the surface this seems like a straight-forward run-of-the-mill fantasy novel, but it really is so much more. Taking the genre, it elevates it to bold new heights, showing what it is that Guin is best at, whilst allowing her ideas to seep in to every nook and cranny of the narrative. Told with intelligence and genuine emotion, this really is some of the best that the genre has to offer in terms of character and world-building.

Best Authors To Read If You Like Ursula K. Le Guin:

Diana Wynn Jones: Known for both her sense-of-humour and the scope of her imagination, Diana Wynn Jones wrote fantasy which was often aimed at both children and young adults. Whilst her stories would chart huge ideas set in inventive worlds, she also managed to keep it down-to-earth with realistic characters and their motivations. Adapted by Miyazaki, many know her for her ‘Howl’s Moving Castle’, which would go on to become an animated film from the much loved Studio Ghibli.

Aldous Huxley: Often seen as the major starting point of most modern utopian science-fiction, English author Aldous Huxley is perhaps best known for his novel ‘Brave New World’. A philosopher as well as a writer, his work took on profound depths otherwise unseen in the genre up to that point. Often bringing in an element of satire too, he’d create worlds you could easily explore, never getting bogged down at any one point.

China Miéville: Extremely persuasive with something to say, China Miéville is very much a British contemporary of Ursula K. Le Guin. Coming from the left himself, his influences are clear, as is his ideology, writing urban fantasy, along with science-fiction. His work has also been adapted for the BBC, with ‘The City and The City’ being adapted into a well received miniseries in 2018.

Octavia E. Butler: Known for her distinctive science-fiction that really pushed the boundaries, Octavia E. Butler was an American novelist who really moved things forward. Writing about concepts such as time travel, she would also deal with deeper issues such as race and identity, creating a brand of social criticism that was very much her own. Still looked to today for her genre defining work, she is definitely a must for all fans of Guin and her novels.

Kim Stanley Robinson: Very much of the left persuasion, American writer Kim Stanley Robinson stands apart with his unique and singular utopian visions. Whilst other writers focused on dystopian novels, he articulated his idea of a better world in a strong and coherent manner. Focused and driven, much like Guin, he uses the foundations of a number of different political ideologies in his work.

Best Podcasts If You Like Ursula K. Le Guin:

Legacy: the Artists Behind the Legends – Ursula K. Le Guin: This takes a posthumous look at the authors life and work, seeing what impact her writing had. Breaking down her stories, it analyzes who she was and what she offered as a writer.

Overdue – The Dispossessed by Ursula K. Le Guin: Breaking down Guin’s novel The Dispossessed, this analyzes what exactly went into the story. Looking at everything surrounding her work too, it manages to provide a lot of other helpful information as well.