British fantasy fiction wouldn’t be where it currently is today without the work of Diana Wynne Jones, creating some of the most imaginative novels of the genre. With an idiosyncratic voice that inspired readers and writers both young and old alike, she really was a singular presence during her time. Leaving behind a long and illustrious body of work, she really did shape the genre into something else, transporting her audience to far and distant lands. Echoes of her style can still be seen today, along with adaptations of her work, and the manner in which she impacted fantasy as a whole.

Jones would start writing in the sixties, mostly as a method of escapism during her adult life, leading to her developing a passion for it. Publishing her first book in 1970, with a book titled Changeover, it was a novel aimed primarily at adults looking at the past of the British Empire. Using slapstick and witty observations within her work, she would comment on various deeper issues, giving many of her novels underlying themes and ideas that were important to her.

Soon after her first novel she would go on to release Wilkins’ Tooth, bringing it out in 1973, which would see her starting to aim her books at younger readers. It was her collected series’ that would really establish her name as an author though, most notably with Howl’s Moving Castle, which would come out in 1986, spawning a trilogy of the same name.

Later, in 2004, there would be a Studio Ghibli film adaptation of Howl’s Moving Castle, breaking box-office records at the time throughout Japan. Inspiring numerous authors such as Neil Gaiman, her legacy has become an important one, winning awards such as the Life Achievement World Fantasy Award among many others. Over the course of her career there has been a number of highlights, making an impact on readers and writers for generations to come.

These are my own personal choices from Diana Wynne Jones’ career: 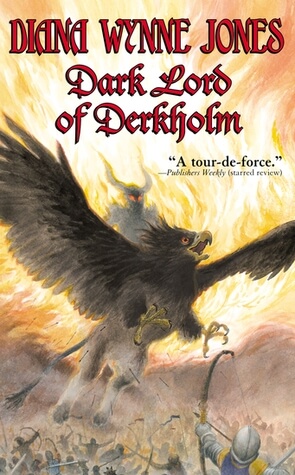 It seems that the world is constantly being bombarded with tourists from the adjacent world next door, as they seek thrills from this fantasy land on the fabled Grand Tour. Led by Mr Chesney’s Pilgrim Parties, they constantly come across to stare at the elves and dragons, and everyone is sick and tired of it. Now the Wizard Derk, along with his son Blade, aim to put an end to this constant stream of tourists, and save the world from their constant hassle once and for all.

This is a great story that would also be the first in the Derkholm series, later to be followed up by ‘Year of the Griffin’ in 2000. There’s a lot of humor here, as it satirizes many deeper issues, whilst also affectionately poking fun at the fantasy genre itself. The characters feel really well established, as they bring the story to life, giving it a sense of grounding in an otherwise fantastical setting. 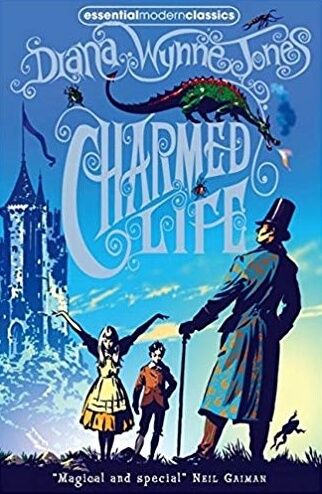 Cat lives on Coven Street in the shadow of his sister Gwendolen, something which doesn’t bother him, as she’s one of the most powerful witches around, showing a great deal of promise. That’s when both the orphans are summoned, as they go to live in the Chrestomanci Castle for her to train with some of the best. Gwendolen becomes frustrated though, when the other witches refuse to show her any acknowledgement, and she devises a scheme that could throw all the worlds off balance.

The first of the Chrestomanci novels, this was the perfect start to an innovative and imaginative new series from Jones. Set in a world that’s highly similar to our own, but with many magical elements, it’s easy to lose yourself within it. There’s many dimensions to the world featured here, giving it a huge level of scope and scale, something which is a true testament to the breadth of Jones’ own imagination. 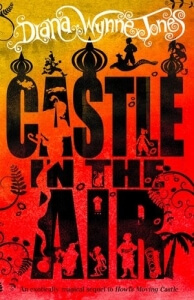 Deep in the south of the magical land of Ingary, there’s the Sultanates of Rashpuht, in the middle of which is the city of Zanzib. It is here that Abdullah resides, a carpet seller who’s not very successful and fairly young, as he spends all his time daydreaming. Given a magic carpet one day he takes off, finding himself in an enchanted garden, whereby he meets a beautiful princess called Flower-In-The-Night, only for her to be kidnapped suddenly by a cruel djinn. Having fallen in love with her, he must now journey on his carpet to find and rescue her, using only his wits to do so.

The second part of the ‘Howl’s Moving Castle’ trilogy, this would later be followed up in 2008 with the novel ‘House of Many Ways’. Bringing in another story in the same world as before, it really does recapture the magic and tone of the previous novel. Featuring many of the same characters from before too, it was great to find out what they had been doing as well. 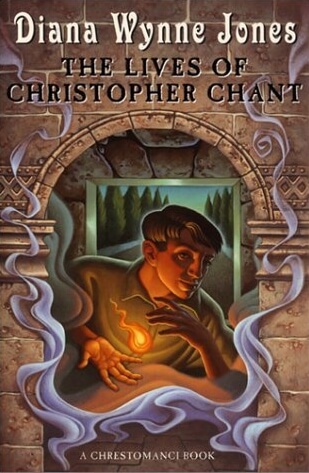 It seems that there’s nothing at all magical about Christopher Chant, despite his mother being a powerful sorceress and his father an enchanter. That’s when he begins to have incredibly vivid dreams; ones where he travels to far off lands, leading to the realization that he can bring back objects. This sees him being sent away to the Chrestomanci Castle, where must train in order become the one controller of all the magic in the world.

This is a nice simple story on the surface, but there’s a lot riding on it underneath, with many interesting ideas layered throughout. The descriptions themselves are extremely vivid and imaginative, with some powerful visuals put in place by Jones. It’s a great story for younger readers, taking them on a journey into a far off fantastical land that’s filled with adventure. 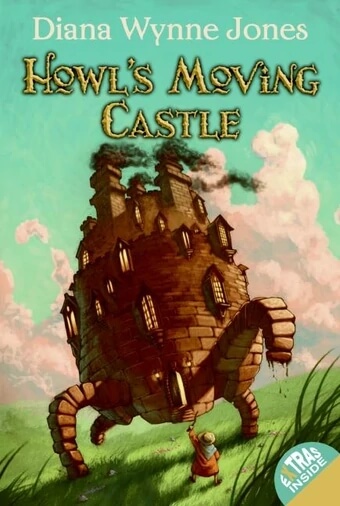 Predestined to never leave home lest disastrous misfortune should befall her, young Sophie is cursed by the Witch of the Waste to become an old lady. This sees her heading for the Wizard Howl’s and legendary moving castle, where it is said that she can break the curse and return to normal. Meeting him she must strike a deal, which could be difficult as it appears he initially seems heartless, whilst she must also bargain with a fire demon as well.

This seemed like an obvious one to pick for number one and it’s easy to see why, with its evocative and meaningful story. The character of Howl himself leaves an impression on the reader, along with his vast number of flaws and foibles. It’s a wonderful story, and one that really lent itself well to the screen too, in Miyazaki’s fantastic animated Studio Ghibli adaptation.

Best Authors To Read If You Like Diana Wynne Jones:

Neil Gaiman: As a fantasy writer, Neil Gaiman has made a name for himself with his extremely stylized brand of fantasy fiction. Very vocal about his appreciation for the work of Wynne Jones, the inspiration is clearly there, in what are some powerful and imaginative novels. Working in various different mediums, including comics, he’s also seen many of novels adapted for the big-screen too.

Terry Pratchett: Much like Wynne Jones, the British author Terry Pratchett would affectionately parody the conventions of the fantasy genre. Over time this would take on a more profound and deeper meaning, but he’d never lose his famous sense-of-humor. Largely focusing on his fantastical Discworld series, set in the fantasy world of the same name, many of the themes and ideas present would mirror what was going on in our own.

Ursula K. Le Guin: Shaping fantasy and science-fiction for generations to come, the American author Ursula K. Le Guin was formative in how we think about the genres. Creating entire universes in her fiction, she would write over twenty novels, and more than a hundred short-stories during her lifetime. Producing a lot of speculative fiction too, she always had something to say in her work, putting forward ideals that still resonate today.

Douglas Adams: The British author Douglas Adams is a great example of what could be done with the science-fiction genre, as he’d use it in much the same way as Jones and Pratchett did with fantasy. Creating his much loved ‘Hitch-hikers’ series of novels, he’d pose a number of deep philosophical questions with good humor and wit. Adapting his work to various different mediums, including films, radio and video-games, he was versatile writer with a strong voice.

Anne McCaffrey: Born in America and emigrating to Ireland, the science-fiction and fantasy author Anne McCaffrey left behind a legacy that’s still revered to this day. Receiving numerous accolades throughout her lifetime, she would publish a number of novels and short-stories. Creating a number of long-running series too, she established entire worlds as, much like Jones, she was an extremely imaginative author with a lot of scope.

Overdue – Howl’s Moving Castle: Taking a critical eye to the every popular novel ‘Howl’s Moving Castle’, this is a funny and interesting show. Examining the ups and downs of the book, it’s a great insight into story and the ideas surrounding it.

Impossible Podcasts – Diana Wynne Jones: This takes a general look at the life and work of Diana Wynne Jones as a whole. It also examines the legacy she left and the authors she inspired over the years.