Seen by many as one of the leading figures in English fantasy during the middle part of the twentieth century, Clive Staples Lewis was an influential British writer. Primarily known for his Narnia series of fantasy novels, he was a gifted writer and close friend of fellow fantasy author J.R.R. Tolkein. Inspiring each other, he would infuse much of his work with a deeper philosophical understanding, coming at it from the Christian theological perspective. Regardless of his faith, though, his work is enjoyed by readers from all backgrounds, now being regarded as classics.

Releasing his first work of fiction in 1933, he published the novel The Pilgrim’s Regress, following this up in 1938 with the first in the ‘Space Trilogy’ of books, Out of the Silent Planet. In 1936 he’d also release his first work of non-fiction titled The Allegory of Love, before producing a succession of essays and studies throughout his career.

Much of Lewis’ non-fiction work, like his fiction, would chiefly be concerned with theology and philosophy, mainly looking at it through the prism of his Christian faith. After starting as an atheist, much speculation continues to surround his conversion and how it came to define his work. His belief is evident in his famous ‘Chronicles of Narnia’ children’s series, beginning with The Lion, The Witch, and The Wardrobe in 1950 and ending with The Last Battle in 1956. Also noteworthy was Lewis’s poetry, some of which he’d write under his Clive Hamilton pseudonym. Publishing his first book in 1919 titled Spirits in Bondage, he had just come out of the First World War and was in the process of developing his voice as an author.

It’s perhaps been his Narnia series that’s been most notable in terms of film and television, inspiring countless adaptations over the years. There would be a Sunday night television show for the BBC running between 1988 to 1990, adapting many of the books over three TV serials, with two shows before this, one in 1967 and the other in 1979. In 2005 Disney would produce ‘The Lion, The Witch, and The Wardrobe,’ followed by Prince Caspian in 2008, and The Voyage of Dawn Treader in 2010. Netflix now has the rights to the series. They will produce their show following the complete Narnia series in its entirety. Receiving a lot of acclaim throughout his lifetime and being a noted scholar, C.S. Lewis produced many literary highlights during his career.

My own personal top five C.S. Lewis novels are ranked as follows: 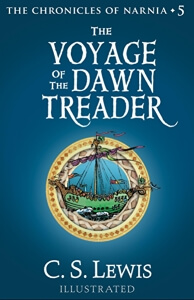 King Caspian has built the first ship that Narnia has seen in a long while, as he plans to use it to locate the seven lords that his evil uncle Miraz cruelly banished. Drawn through a painting to join Caspian aboard the ship, Lucy and Edmund Pevensie, along with cousin Eustace Scrubb this time, find themselves in Narnia again. Journeying across the Silver Sea, they head through the Eastern Islands, towards the country of Aslan at ‘End of the World’.

As the third book published and the fifth book chronologically, this is one of the Narnia series’s better titles. With the adventure fully underway, it works at building the world surrounding Narnia while never getting complacent with any of the details. It’s been adapted for both television and film, being a firm favorite for many, as it effectively draws on what came before while pushing it forwards and keeping it fresh. 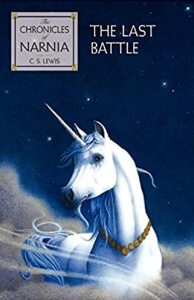 Peace and prosperity run throughout the land of Narnia now, as King Caspian X sits upon the throne, bringing order to the kingdom through his rule. There are dark tidings on the horizon, though, as the stars are lining up, and worlds are colliding, with the ‘Friends of Narnia’ providing a vision to Aslan. With a final battle taking place, they must conquer their foes once and for all, protecting the realms of Narnia and beyond.

Being the final book in the Narnia series, it’s a memorable closing chapter that many writers have since attempted to imitate. Reflecting many of the ideas prevalent throughout the series, it’s a powerful novel, offering an exceptionally satisfying and thought-provoking conclusion. There are some issues with the book, such as a few of its more dated ideas and Susan’s character’s handling. However, its philosophy on metaphysics and the nature of reality still holds up. 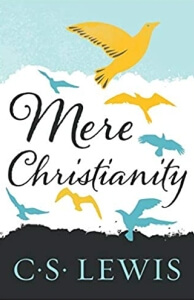 Originally brought out as three separate books, ‘Christian Behavior,’ ‘The Case for Christianity,’ and ‘Beyond Personality,’ they’re here brought together as one singular polemic making a case for faith. Looking at what he sees are the fundamental truths of religion, Lewis first released these as informal radio broadcasts before becoming books. Looking to bring together the many denominations of Christianity, he aimed to find common ground between them, understanding what drove them.

Regardless of your viewpoints and where you stand on religion, this book provides a fascinating insight into faith’s tenets. Starting as an atheist before finding his faith, this provides a window into Lewis’s mindset as an author, along with being a strong rationale for belief. Here I felt I could gain a strong understanding of this outlook from an articulate, intelligent, and measured individual who had considered the issue from several different angles. 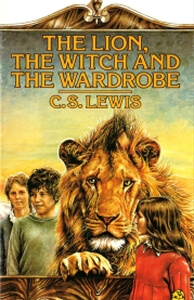 Set in 1940, Peter, Lucy, Edmund, and Susan are sent to the countryside to escape the Blitz, wherein they spend time in the old manor of Professor Digory Kirke. It’s here that they discover a magical wardrobe that, when walking through, opens out onto the fantasy land of Narnia, where it’s always winter. Meeting the faun Mr. Tumnus, they discover a prophecy that declares the evil White Witch’s iron rule will end once humans sit on the kingdom’s four thrones.

While this was the first book published in the Narnia series, it’s chronologically the second book, with ‘The Magician’s Nephew’ being the first. ‘Witch and the Wardrobe’ is where most people began, though, with it being the novel where Lewis first introduced Narnia’s magical land. Creating a world of magic and wonder, C.S. Lewis is unsurpassed here, as his imagination captures young readers and will continue to do so for some time yet. 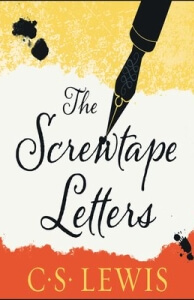 Written as a series of letters from a demon known as ‘Screwtape,’ they’re addressed to his nephew, a Junior Tempter under his uncle’s mentorship. Showing the bureaucracy of Hell, it sees Screwtape attempt to help Wormwood, his nephew, learn the many failings of humanity. At the heart of this is how the Christian faith will help alleviate this, as Screwtape describes the many ways that Wormwood can potentially undermine the word of God.

While some might believe Narnia gets top billing for C.S. Lewis, I always felt this exemplified some of his best as a writer. Throughout the book, Lewis maintains a strong satirical edge to his writing while never letting it get in the way of what he wants to say. Again, it’s not important if the reader is religious because it still resonates, bringing some universal humorous truths to the foreground that will always ring true.

Best Authors To Read If You Like C.S. Lewis:

J.R.R. Tolkein: Seen by many as one of the godfathers of modern fantasy, the British author John Ronald Reuel Tolkein is an institution. Largely known for his Lord of the Rings franchise, along with The Hobbit, the scale of his world-building remains unparalleled, creating entire universes in his novels. Writer, poet, and academic, his works have inspired many big-screen adaptations. That’s not forgetting the countless novels and franchises continuing to build upon the world he initially created.

L. Frank Baum: In America, Lyman Frank Baum was regarded as one of the foremost authors of children’s literature of his time, taking it to bold new heights. Primarily known for The Wonderful Wizard of Oz, his stories set in Oz’s fantasy world would span for a total of fourteen novels, including the famous musical film. A hugely prolific author during the early part of the twentieth century, his work was visionary and progressive for his time, creating many novels that continue to live on to this day.

Diana Wynne Jones: The English novelist Diana Wynne Jones was known for her highly imaginative stories, combining fantasy and humor to thrilling effect. Seen by many as a pioneer within the genre, she made an impression upon the literary industry, moving it in a new and interesting direction. Her work was adapted for the screen too, with ‘Howl’s Moving Castle’ becoming a Studio Ghibli animated film by Hayao Miyazaki in 2005.

Philip Pullman: Combining philosophy and fantasy in children’s literature, the British fantasy writer Philip Pullman is a modern contemporary of C.S. Lewis in many ways. While they may diverge in terms of theological differences, with Pullman being atheist and Lewis being devoutly Christian, they both use the form to convey their message. Creating a vast and expansive world, Pullman is a gifted storyteller who draws the reader in, investing them in his characters and narrative.

Madeleine L’Engle: Highly regarded for her inventive and creative novels, Madeleine L’Engle was an American writer of Young Adult fantasy fiction. Combining her keen interest in the Christian faith and science, she was gifted as a storyteller, writing both fiction and non-fiction, along with poetry. Seeing Hollywood adaptations of her work, including the 2018 film A Wrinkle in Time, her legacy continues.

The History of Literature – C.S. Lewis: Looking back at the work of C.S. Lewis, this examines his place in history, and how he has come to inform literature throughout the years. With a lot of information provided, it’s an intelligent and engaging show.

LearnOutLoud’s Biography Podcast – C.S. Lewis: As a lecture, this is an informative and direct look at the work of Lewis. Giving a strong academic level of insight into his writing, it’s incisive and interesting.

Legacy: the Artists Behind the Legend – C.S. Lewis: This is a straight-forward look at the life and work of C.S. Lewis through the years. Studying his legacy, it examines who he was and what he offered as an author.