Primarily known for writing horror novels, Stephen King is a world renowned author, highly regarded throughout both the literature and film industry. A mainstay within pop-culture throughout much of the latter part of the twentieth century, he’s changed the game when it comes to how we think about horror as a genre. Saying something unique and interesting in each of his stories, he’s built a name for himself quite unlike any other, inspiring countless readers and writers worldwide. His stories typically contain a message, with characters that are grounded in real-world fears taken to supernatural levels, as he’s primarily a writer of ideas.

Whether it be his 1974 novel Carrie, which sees a coming-of-age parable set against a horror backdrop, as a young woman discovers that she telekinetic powers, or 1977’s The Shining, in which King would look at his own struggle with alcoholism, there was always something to say. It would also be Carrie that would be his debut, setting the template for much of what was to follow, with scores of his novels becoming extremely iconic over the years. In time King also created many iconic series as well, such as his dark fantasy collection ‘The Dark Tower’, which he would begin with The Gunslinger in 1982. Not only writing horror novels, he has also gone on to create titles like 1996’s The Green Mile, which would incorporate elements of the Gothic and magical-realism into a high-concept drama.

Many of his stories would be set in Maine, King’s home state, creating a number of fictional towns there, such as Derry, Jerusalem’s Lot and Castle Rock. These would become synonymous with his work, as he has gone on to win numerous awards for his novels, including the ‘Edgar’ and ‘Bram Stoker’ awards. The films that King has inspired are also extremely noteworthy, with many big-screen adaptations of his novels, including Stanley Kubrick’s 1980 film ‘The Shining’, 1986’s ‘Stand By Me’ based on the novella The Body, and 1999’s ‘The Green Mile’ to name but a few. There’s also been a number of television series based on his work too, such as 2016’s 11/22/63 and The Stand in 1994. These have all proven to be hugely successful over the years, as he continues to put out work, with a variety of defining moments in his career as a writer.

These are, in my own personal opinion, the best Stephen King books to date so far: 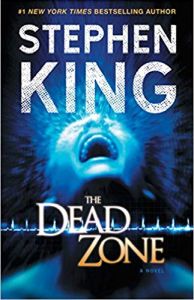 One fateful day the small-town schoolteacher Johnny Smith has an accident, putting him into a four year coma, during which he enters the ‘Dead Zone’. Returning he can now see the future for individuals and what lies in store for them and society, a power which proves him useful to the authorities. Soon, though, he finds one prediction that could have devastating consequences if it came true, leading to an ethical dilemma of unimaginable scale.

This is a straightforward story that delivers its message in a clear and direct manner, as it provides a modern day parable. With elements of detective fiction combined with King’s trademark horror, it’s a fascinating ‘what if’ story, along with compelling characters too. Very direct and to the point, it never outstays its welcome, keeping the reader constantly guessing throughout, all thanks to its expertly crafted mystery premise. 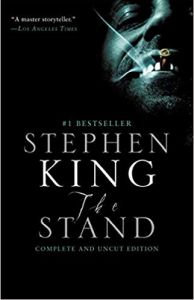 Following a brief computer error in the laboratory of the Defense Department everything changed, and it was the nanosecond that brought about the end of the world. Releasing a deadly strain of influenza, a pandemic takes place bringing about the apocalypse, as 99% of the world’s population is wiped out along with its institutions and infrastructure. With the world now separated into factions, those that are left must choose sides amidst the remains of society, or have them chosen for them.

This is perhaps one of the most ambitious novels of King’s entire career, as it encompasses so much in its sheer scope and scale. His longest work too, it originally had to be cut down, due to the printing presses not being able to manage it at the time of its release. As a post-apocalyptic epic combining both fantasy and horror, there’s so much work that owes its debt to this, with its terrifying vision of a world in turmoil. 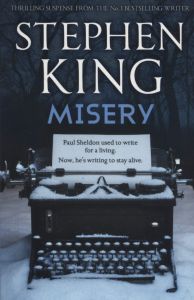 The famous writer Paul Sheldon believes he’s had a stroke of luck after being found in the wilderness following an accident, being brought to safety by Annie Wilkes. It soon transpires that she’s his biggest fan, but his feelings of safety quickly disappear, as his ‘number one fan’ isn’t as she first seemed. Quickly realising he’s her captive, he’s trapped in her remote home, injured, with nobody to rescue him and no way of escaping.

As a character driven piece this remains unsurpassed, with the interplay between captor and captive being horrifying to watch unfold. Feeling almost helpless there yourself, the story grips you with its compelling and masterful use of suspense, building the tension throughout until it’s almost unbearable. Using horror in a very real sense, Annie Wilkes remains one of the horror’s most iconic and terrifying villains to this day. 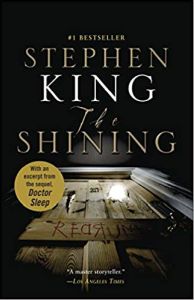 Undertaking a position at the Overlook Hotel, Jack Torrance brings his family with him to their remote and isolated new home. Settling in for the harsh winter there as caretaker, it seems to be the ideal job, with nobody else there to bother him and his writing, as it’s just him and his wife and son. That’s when his five year old son, Danny Torrance, begins to notice strange things afoot, as dark forces begin to engulf their lives.

This has stood the test of time, as it really exemplifies what King is all about in terms of horror and suspense, putting so much of himself into his work. A masterpiece that looks at a man’s psychological breakdown, the sheer terror that it conveys is unparalleled, as it continues to horrify readers to this day. Whilst the Kubrick film took some liberties, it’s also an iconic piece of cinema that retains many of central core themes that strike such a chord with audiences and readers alike. 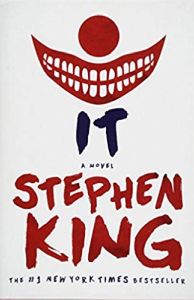 Taking place in Derry, Maine, this sees seven teenagers facing a childhood horror, of which only they were brave enough to face. Vowing to return should this horror ever return, they must now go back to where it all first took place and face the horrific entity once again. A nightmare that never seems to end and a terror that has no name, it is up to them to face their monster, and finish it finally once and for all.

Whilst there’s always going to be contention over this, my personal choice is IT due the sheer volume of its scope and scale. With so many themes and ideas on offer, it has plenty to say on childhood fears and trauma, even if some of the original story elements did push things, hence the film adaptations leaving them out. Still, it’s one of his most iconic and enduring stories that really made its mark at the time of its release, an imprint that is still left to this day.

Best Authors To Read If You Like Stephen King:

Shirley Jackson: Often cited as an inspiration for the Stephen King as an author, it was her work that would be credited with pioneering the modern haunted house genre. Bringing themes and ideas to her stories that would reflect the horror found in her novels, she is a writer whose work still resonates today. Establishing a feeling of unease in the reader, she tells ghost stories that give way to very real and very grounded feelings of terror and horror.

Robert Bloch: Although he would venture into the territory of science-fiction and fantasy, it would be his combination of crime and horror for which he would be perhaps best known. Writing the story of ‘Psycho’, which would later be adapted for the big-screen by the director Alfred Hitchcock, his influence is still prevalent. His science-fiction stories would also be noteworthy, contributing to the genre in a number of ways over the years, as well as being important in the field of fantasy too.

Clive Barker: Much like King, Barker had a strong presence throughout eighties, both in literature and film, becoming an iconic figure in his own right. With a very visceral way of writing, his work stands the test of time, as his style goes straight for the jugular in a very real way. Using the macabre to thrilling effect, he conjures up images of sadism and torture that stick with the reader long after they’ve put the book down.

HP Lovecraft: As a writer, his influence on King as an author is essential, helping him to establish his style in terms of imagination. The monsters that he would create live on, in terms of both metaphor, and in their imaginative portrayal on the page. Despite there being some contention over his legacy, with some of his initial ideas being more than controversial in this day and age, and something which he would walk back on in his twilight years, the power and impact of his work remains without question.

Lauren Beukes: Whilst this may seem left-field to some, it is the manner in which she depicts violence that draws similarities to King. As a contemporary author with a lot to say in the realms of fantasy and science-fiction, the sheer scope of her imagination is something that shouldn’t be missed by readers looking for something new and exciting. Taking her audience on a journey, she also has intelligent pop-cultural sensibilities of the thriller genre that should be seriously taken into account.

Constant Reader – The Stephen King Cast: Running weekly, this is an essential listen for any fans of the author, hosted by informed and well versed presenters who really know what they’re talking about. Made by fans for fans, it’s definitely a must.

Consequence Podcast Network – The Losers’ Club: A Stephen King Podcast: Running weekly again, this is another extremely comprehensive listen detailing everything there is to know about King and his work. Not leaving anything out, it’s entertaining and fun, looking at the author’s stories from every angle.

Desert Island Discs – Stephen King: Speaking to the man himself, BBC’s ever famous ‘Desert Island Discs’ show allows King to expound upon what music and work he’d bring with him to a desert island. This provides the listener an insight into what he believes is of cultural importance to him and what has inspired him as a writer.