It’s a series that really needs no introduction, being a worldwide publishing sensation that’s inspired young readers from all across the globe. Telling the story of its eponymous character, the British author Joanne Rowling has created an entire industry around Harry Potter; the young wizard from humble beginnings going on to study at Hogwarts School of Witchcraft and Wizardry. With a mysterious lightning scar on his forehead, he has his own past to contend with, as he comes to learn of his ancestry and destiny over the course of these fantasy novels for children and young adults alike. Starting out with Harry Potter and the Philosopher’s Stone in 1997, there would be seven books in the initial series, with an eighth based on a stage play being brought out in 2016.

Besides Harry Potter and the Cursed Child though, the first seven would typically take place over a school year at Hogwarts, as Harry Potter and his friends would learn about the world of magic. During this time there was also the ongoing arc of a mysterious villain known as Voldemort and his return to power, as the series works towards the final showdown. With a number of spin-off titles exploring the lore of the world, merchandise, and even the theme park ‘Potterland’, this has become a huge brand with an equally huge following. The film series starring Daniel Radcliffe in the lead role would see the young actors feature in the blockbuster film series following the books.

More recently we’ve seen the ‘Fantastic Beasts and Where to Find Them’ film series, following the life of Newt Scamander, a historical figure referenced in the original series, and his time in 1920s America. This has further built upon the world of Harry Potter which, along with all the related plays, books and video-games, has only expanded upon it further indefinitely. Winning countless awards for her franchise, J.K. Rowling’s classic stories aren’t going away anytime soon, with the original series still enthralling fans to this day.

With a number of highlights throughout the initial series, these are my own personal top 5 favorites: 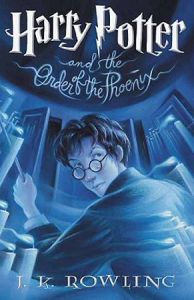 In his fifth year at Hogwarts, Harry Potter is now 15, and he has a lot on his mind this term, as school seems to be taking a turn. With another new Defense Against the Dark Arts teacher, this time in the shape of Dolores Umbridge the busybody bureaucrat from the Ministry of Magic, it seems life has got a lot more difficult. Not only that, but he also has to deal with Quidditch and the wizarding exams coming up, as well as a darkness that seems to be encroaching them all.

Whilst some tended to feel that this was a bit drawn out at times, there’s still a lot to unpack here in terms of character development. With the magical world of Harry Potter already being well established, this does a good job of advancing the characters themselves. Harry Potter is seen coming into his adolescence, which makes things a little difficult given his personality shifts, but it really works in deepening everyone, making them feel more wholly real and grounded. 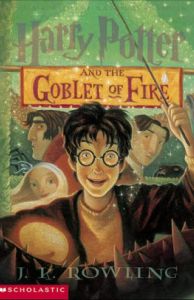 Wanting to break away from the Dursley family once again, Harry Potter yearns to head off to the International Quidditch World Cup. That’s when he hears of the Triwizard Tournament, an event that hasn’t happened for a hundred years, and one that brings together all the wizarding schools for a series of deadly games. Wanting to take part, Harry would like to attend, but there are forces that want to see him perish, meaning that the challenges could be death defying.

This is the title in which the series develops into larger tomes, and whilst this sees some detours, it manages to build on the lore of the magical kingdom. Giving the world of Hogwarts far more scope and scale, it really explores the wizarding life, fully fleshing out them and their history. Looking at the ‘Triwizard Tournament’ it feels immersive, allowing readers to essentially lose themselves within it. 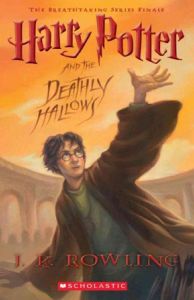 See at Amazon#3: Harry Potter and the Deathly Hallows (2007)

Leaving behind Privet Drive and the Dursleys for the last time, Harry heads off with Hagrid in his sidecar, taking to the skies again. With Voldemort and the Death Eaters hot on his trail, he knows he’s running out of time, with the battle to end all battles fast approaching. It’s therefore up to Harry to destroy the horcruxes, the source of the Dark Lord’s power, if ever wants to have a hope of defeating him.

Sending the original series off in a satisfying manner for the most part, this is pretty much everything fans could’ve wanted for the conclusion. Displaying the many sacrifices made, it reflects some very real horrors, whilst never forgetting its fantasy genre roots. With a lot of weight on its shoulders, especially during the time of its release, the pressure placed upon it was strong, and this really rises to the challenge. 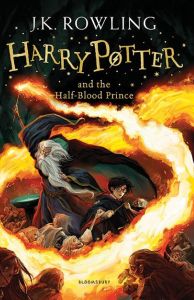 With the war on Voldemort now fully underway, battle lines have been clearly drawn, as the Wizarding world finds itself split. Harry Potter has reached the next stage in his education, as they attempt to look into the past of Voldemort when he was known as Tom Riddle. Attempting to draw the truth of Riddle’s past out of Horace Slughorn, the potions teacher, they come across a shocking discovery that could turn everything around.

Providing the series with an element of darkness, this brought in shades of grey to a world that Harry Potter had previously thought he’d known. Growing older with the lead character, it reflects a coming-of-age story, as the fantastical setting mirrors many real-world issues. It still retains the magic though, along with its sense-of-humor and fun, keeping it from getting weighed down by too much seriousness. 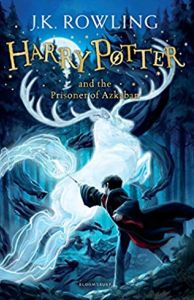 See at Amazon#1: Harry Potter and the Prisoner of Azkaban (1999)

It’s the third year of Hogwarts for Harry Potter, and it appears that there’s a convicted murderer on the loose. Sirius Black has broken out of Azkaban, the supposedly impenetrable wizarding prison, but this pales in comparison to the terrifying presence of the Dementors, Black’s previous jailers. Learning from the new Defense Against the Dark Arts teacher, there’s a lot to do for Harry, as he must prepare himself for what’s to come.

With this one I feel as if the series really came in to its own in terms of character and story, elevating the world as a whole. Moving the story towards more complex and interesting areas after the first two, this was the title that really brought everything together for me. Expanding beyond the walls of Hogwarts, this grounds the overall series and characters as something deeper and special.

Best Books & Series To Read If You Like Harry Potter:

Percy Jackson and the Olympians: The story of a young demigod named Percy Jackson, this bears similarities to Harry Potter in that it features a central protagonist coming to learn about his past and his powers. Combining Greek mythology with modern day storytelling, it brings the classic legends up-to-date for a young audience. Following an arc similar to the Potter series too, it sees Jackson searching across America for the lightning-bolt of Zeus, as he learns the truth about his own parents in a series that would also become feature films.

The Lord of the Rings: This particular series from J.R.R. Tolkein has become an institution in its own right, giving birth to many of the ideas found in modern fantasy today. Telling the classic story of Frodo the Hobbit, it would see him journey across the fantastical land of Mordor to destroy the ring of power, and restore balance to the land once again. With films and games being made of the series, the legacy of the stories lives on, as Tolkein would create a world that many lose themselves in to this day.

His Dark Materials: As a trilogy of fantasy novels from renowned British writer Philip Pullman, these stories touched on some heavier themes and ideas. The story itself follows Willy Parry and Lyra Belacqua, in a coming-of-age as they wander through a series of parallel universes. Winning multiple awards, these books were initially marketed towards Young Adults, although Pullman had no set age groups in mind, with the series being adapted for cinema, and now a television series.

A Series of Unfortunate Events: Consisting of thirteen novels, this would also come out during the release of Harry Potter, and it would have a somewhat dry sense-of-humor to it. Following the exploits of the Baudelaire children, it would follow them after the passing of their parents, as they try to keep their family fortune from falling into the hands of the villainous Count Olaf. With a Gothic sensibility to it, the series would also see a film adaptation, along with a television series later on as well.

Pennyroyal Academy: Written by the American television writer M.A. Larson, this is a vivid series of fantasy stories surrounding the Pennyroyal Academy. The series progresses getting stronger throughout, as it looks at the princesses and knights of Grimm’s fairy tale world and how they must train. Attending Pennyroyal Academy they need to prepare themselves for what’s ahead, in a manner not unlike that of Hogwarts.

MuggleCast – The Harry Potter Podcast: This covers pretty much everything from the world of Harry Potter, taking in every aspect of the franchise, from the films, to the books, to the video-games. Regularly updated with all the latest news on the series, it also goes back over older novels, breaking them down and analysing them from a fan’s perspective.

Witch, Please: Examining the Harry Potter franchise through a feminist lens, this sees two friends look back at the series on a fortnightly basis. Filled with funny and entertaining asides, this provides an interesting angle for all those passionate about the franchise.

Night Vale Presents – Harry Potter and the Sacred Text: Looking at the thematic ideas of the series, this delves into the world of Harry Potter and the messages it brings. Taking a more philosophical angle, this is run by the company behind Night Vale, giving it a professional and highly polished approach.