Not known for holding back when it comes to her thrillers, Tess Gerritsen is an American writer quite unlike any other. Previously working as a physician, she brings a sense of authenticity to her writing, making the details feel very real and vivid. This has proven to be a huge success with readers worldwide, as she also really understands character and suspense. Grounding her books with a sense of reality, she allows the reader to feel as if they’re really there, whilst never forgetting to keep them entertained along the way.

Changing her name from Terry to Tess, Gerritsen would start out in the romance genre, having previously worked as a medical physician. Her debut novel was a romantic thriller titled Adventure’s Mistress published in 1985, and she’d release a number of these in the years to follow. In 1996 she would draw from her time working as a physician, as she’d begin writing medical thrillers, starting with Harvest, which would also be her first hard-cover. Then, in 2001, she would go on to write the ‘Rizzoli and Isles’ series, beginning with The Surgeon. These would feature the detective Jane Rizzoli working alongside the medical examiner Maura Isles, solving different cases for the Boston Police Department.

In 2010 there was a television adaptation titled ‘Rizzoli and Isles’ which ran for seven seasons, gaining a number of fans. Gaining a lot of prominence for her work, she creates strong solid characters, with clear engaging concepts and mysteries. Lauded for her authenticity, she’s praised by both critics and the general public alike, selling across over forty countries worldwide. From winning the ‘Romance Writers of America’ in 2002 for her romantic suspense, she has a career with many notable highlights.

The top five novels from my own personal Tess Gerritsen favorites are as ranked as follows: 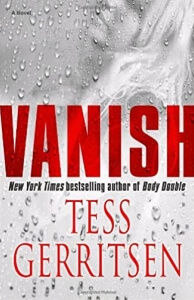 See at Amazon#5: Vanish (2005)
What seems to be the body of a woman who committed suicide comes shockingly to life in the morgue, and people are taken by surprise as she then escapes from the hospital, whilst taking hostages. One of them is the pregnant detective Jane Rizzoli, leaving her husband, the FBI agent Gabriel Dean to come find her. Jane must work quickly if she wants to learn what’s driving this seemingly deranged captor of hers, in the hopes of discovering what it is that she actually wants.

The whole story drew me in from start to finish, with the premise being stripped back, yet completely intriguing at every level throughout. It really held itself together each step of the way, and the characters were fully formed, with a strong presence too. As the fifth title in the Rizzoli and Isles series, it really did keep me invested, standing up by itself, whilst also expertly building upon what came before. 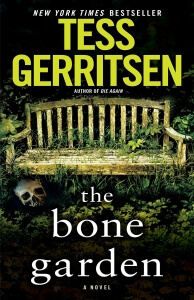 See at Amazon#4: The Bone Garden (2007)
In the present day a skull is discovered in a Massachusetts home, as Maura Isles, a medical examiner from Boston, deduces that it must have been murder. Back in 1830 Norris Marshall is a poor student and, with the recent murder of a nurse, he finds himself a suspect, due to his involvement in the illicit trade of cadavers. With the help of witness Rose Connolly he must prove his innocence, and find who’s really committing the murders throughout Boston.

This combines both past and present Boston with expert precision, jumping between them effortlessly. Tess Gerritsen really knows her stuff when it comes to medical details, which stands to reason given her history as a physician. Highly authentic, she makes this world extremely accessible, allowing the reader to fully envelop themselves within. 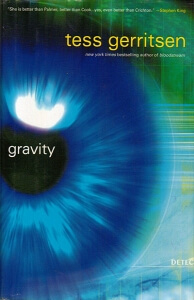 See at Amazon#3: Gravity (1999)
The crew of the International Space Station have been hit by a deadly virus, following an experiment into micro-organisms going drastically awry. With the crew infected, it’s now up to Emma Watson to contain the microbe, all whilst NASA attempt a rescue operation, with her husband leading it. It seems that the clock is ticking though, as she must find the truth behind where the pathogen itself originated from.

An entertaining stand-alone novel that was very graphic at times, Tess Gerritsen was clearly having a lot of fun here. She knows her stuff when it comes to the medical side of things as, whilst it had many escapist elements to it, the depiction of the microbes still felt wholly real and authentic. This was especially the case when it came to the effects of the virus, as the crew cope with its trail of destruction. 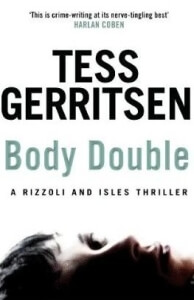 See at Amazon#2: Body Double (2004)
Dealing with death and murder all the time, there’s not much that shocks Dr. Maura Isles, but that’s put to the test when her apparent dopplegänger is discovered dead outside her home. Alongside Detective Jane Rizzoli, the two of them come to realize it’s actually Maura’s twin sister, despite her thinking she was an only child. Heading to a seaside town in Maine, Isles journeys into her past, all whilst dealing with a serial killer who’s apparently on the loose.

The story is definitely having fun once again with its premise, and you can really feel this come through in Gerritsen’s style. Clearly passionate about her subject matter, this really is a novel that leapt off the page, along with the characters. Marking the fourth novel in the Rizzoli and Isles series, it’s a development of the central protagonists as well, taking the franchise even further this time round. 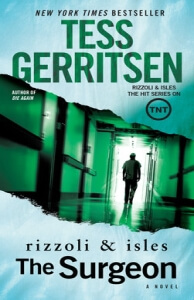 See at Amazon#1: The Surgeon (2001)
Believed to be a surgeon, there’s a killer on the loose who’s highly methodical in his approach, torturing his victims after breaking and entering their apartments. Detectives Thomas Moore and his wife, Jane Rizzoli, are hot on the case, trying to track down the killer before they strike again. Then there’s Cathering Cordell, a doctor who was brutally assaulted and raped before shooting her attacker dead, an attacker who it seems has returned from the dead to stalk and torment her once more.

Tess Gerritsen is clearly within her element here, knowing exactly what she’s doing every step of the way. It’s also first in Rizzoli and Isles series, establishing some of the key elements for the first time, as the characters find their footing. Dealing with its subject matter with tact, the story is an authentic and hard-hitting one, getting straight to the heart of what drives the characters.

Best Authors To Read If You Like Tess Gerritsen:

Tana French: Irish-American novelist Tana French has been making huge strides within the thriller industry lately, as her work has been pushing the genre forwards. Setting many of her novels in Dublin where she lives, her work really speaks for itself, filled with plenty of mystery and intrigue. Touching on deeper issues, such as past trauma, she has an evocative style that stays with the reader long after they’ve finished.

Jeffery Deaver: A mystery thriller author of high calibre fiction, Jeffery Deaver really knows how to raise the tension for his readers. Writing for an international audience, he’s an American novelist with a lot to say, and his vivid style is sure to leave an imprint. His work has also been transferred to cinema too, including ‘The Bone Collector’ in 1999, which featured Denzil Washington in the lead role.

Patricia Cornwell: For many the American author Patricia Cornwall needs no introduction, as she’s a leading authority in the field of forensics. Her novels reflect this, with her authenticity being a major go to source for numerous television producers, as they seek to replicate her style. Writing the Kay Scarpetta series for a long time now, it features a medical examiner solving mysteries, much like a lot of Gerritsen’s work.

Kathy Reichs: Working as a forensic anthropologist herself, Kathy Reichs is another American writer who brings a great deal of accuracy to her work. Producing mystery fiction and thrillers, she’s also known for her non-fiction work too, specializing in the field of anthropology. When it comes to a well crafted story though, she’s unsurpassed, creating strong characters and equally strong narratives that entertain all the way.

Harlan Coben: With an eye for character much like Gerritsen, American author Harlan Coben really knows how to create a twist you’ll never see coming. Understanding his genre thoroughly, he’s a gifted writer, knowing how to entertain, whilst keeping the reader continually hooked. He’s also no stranger to having his work adapted for television too, with Netflix holding a contract with him to produce his work.

Partners in Crime – Tess Gerritsen: Talking to Gerritsen about her life and work, this interview examines how she moved from the medical profession into writing. It also examines what her characters mean to her, and where her inspiration comes from.

The Writer Files – Tess Gerritsen: This takes a look into the writing process itself of Tess Gerritsen herself. Breaking down her own creativity, it’s an interesting insight into her and her work.

HIF Player – Tess Gerritsen: Giving her books an exciting pace, Tess Gerritsen examines how this came to be. From romance to thrillers, she talks about her journey as a writer, and what her novels mean.