Thriller writer Lisa Gardner is an expert at her craft, and an American author who’s extremely adept at building tension and suspense. Also writing under the pen-name of Alicia Scott, she’s well known for her romance novels too, having previously produced a number of stand-alone titles under this pseudonym. Now, though, she’s best regarded for her flair for mystery, with her page-turning stories that have found an international audience of readers from across the world. With films adapted from her work as well, she’s seen her stories adapted for the silver screen, leading to her becoming the household name that she is today.

The first book to come from Lisa Gardner was the novel The Perfect Husband in 1997, which was also the first in the Quincy and Rainie series of novels. Also dubbed the FBI Profiler series by Lisa Gardner herself, this collection of thrillers follows the characters of FBI profiler Pierce Quincy and his partner Lorraine ‘Rainie’ Conner, as they solve various crimes together. The first book features just Quincy though, whilst the second, The Third Victim released in 2001, brings in Rainie, and then there’s his daughter, Agent Kimberley Quincy, becoming the star in the fourth, The Killing Hour, in 2004. There would also be various other series’, such as the Detective D.D. Warren novels, which began with Alone in 2005, and the Tessa Leoni collection, beginning with Love You More in 2011. Under the name of Alicia Scott she also produce a variety of romance themed fiction, starting with Walking After Midnight in 1992.

Reaching the top spot on the New York Times bestseller list on numerous occasion, she’s managed to reach audiences far and wide on a global scale. It’s her extensive research that really adds to the sense of realism that her novels portray, as she pays close attention to each and every detail, and it clearly shows. Her books have also been adapted for film, including Hide in 2011 from her 2007 title, ‘Instinct to Kill’ in 2001 from ‘The Perfect Husband’, and The Survivor’s Club in 2004 from her 2001 novel. Winning plenty of awards too, she’s received the Kirkus along with the Booklist on numerous occasion, as she’s published a number of highlights throughout her career.

My own personal top five Lisa Gardner books are as follows, ranked in order: 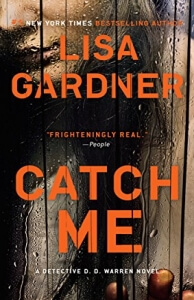 Each year the friends of Charlene Grant have been murdered on the 21st of January at the same time, and now she’s counting down her last four days. Taking up boxing, running, and shooting, Grant is going to put up a strong fight, as well as turning to detective D.D. Warren for assistance. Warren starts to question the whole situation though, wondering if there really is any danger, and what secret Grant could actually be hiding.

From its intense opening to its heart-stopping conclusion, I really couldn’t put this book down, as it definitely pulled out all the stops. The suspense was pushed to the limit, and the characters were fully rounded and three-dimensional throughout, drawn in an interesting and compelling manner. This made it work for me, giving it a grounded sense of realism that got right to the very heart of it, as I was left constantly guessing what was coming next. 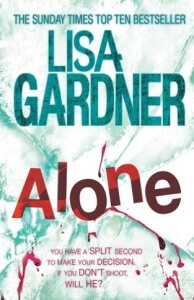 Watching an intense stand-off through the scope of his sniper rifle, Bobby Dodge, a Massachusetts’s State Trooper, watches an armed man take their wife and child hostage from across the street. Twenty-five years ago Catherine Rose Gagnon was buried deep underground in a nightmare that lasted for a whole month, and now she’s being blamed for her husband’s death by her father-in-law; the highly powerful Judge Ganon. There’s also a madman prowling the streets after spending time in solitary confinement for the most twisted crimes, and it’s all about to come together in one shocking conclusion.

Whilst this is the first book in the Detective D.D. Warren series, she only plays a minor part in this story, becoming more of a main feature later on. It’s still a great introduction either way, as it brings you into her world, perfectly setting up what’s to come in the books to follow. With all the disparate elements in this story, Gardner effortlessly brings them all together, in what is an extremely entertaining and enthralling thriller. 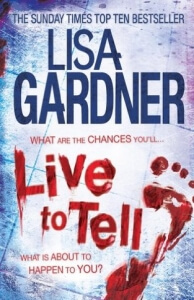 Four members of a family have been brutally murdered, an event which has shaken a working-class community in Boston to its core. With only the father left lying on death’s door in intensive care, he’s now the chief suspect, but Detective D.D. Warren believes there’s more to this case than initially meets the eye. Investigating further, a nurse named Danielle Burton has her own life turned upside down, as a similar trauma from her past surfaces, whilst the intensely disturbed son of Victoria Oliver tests her motherly devotion to its limit.

This is an extremely taut thriller with a number of strands running up against each other, in what is a very well plotted story. The characters themselves are highly engaging, and Warren herself feels familiar by now, this being the fourth book in the series. Whilst the subject matter of the story itself is dark, it’s very well researched, making it feel highly authentic and compelling at the same time. 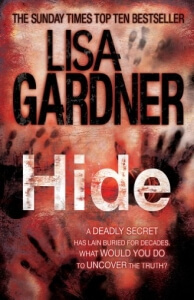 Following the discovery of six mummified corpses beneath a now derelict Massachusetts’s mental hospital, Detective Bobby Dodge is reminded of a case that forever haunts him. On one of the bodies the name of the Annabelle Granger is found, and she must now run before she is found by the person she last wants to see. Teaming up with Detective D.D. Warren, Dodge and her go out to investigate what may be the copycat of a previously thought to be dead psychopath, or it could something far more horrific.

Whilst this is the second title in the D.D. Warren series of novels, it’s also very much a Bobby Dodge story as well. The two of them work together throughout, and it’s a great addition to Gardner’s overall literary universe she’s created. Nobody is as they seem here, and it’s a highly effective character study that constantly pulls the rug from under your feet when you least expect it. 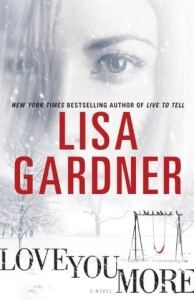 Brian Darby has been killed by his partner, as he lies dead on the kitchen floor, after his wife, Tessa Leoni, retaliated in self-defence following his abuse. A state police trooper herself, Leoni has the bruises from their relationship, but it’s the missing six-year-old daughter that Detective D.D. Warren is left questioning. Partnering up with Detective Bobby Dodge once again, she begins to conduct a state-wide search for the child, as she’s left wondering about the mysterious circumstances surrounding the entire case.

The writing here is definitely some of Gardner’s best for me, as every element of the story is accounted for. This is also the introduction of Tessa Leonie too, as we see her for the first time, with it being the beginning of her own series of mysteries. Developing the world of the three characters, it effectively builds upon Gardner’s self-contained universe in a fulfilling manner.

Best Authors To Read If You Like Lisa Gardner:

Karin Slaughter: Writer of mystery thrillers and detective fiction, American author Karin Slaughter is an acclaimed novelist who’s reached the top of the bestseller lists on numerous occasion. Gifted at crafting strong characters, her stories have a sense of humanity about them, making them feel believable and real. This has paved the way for a number of books, including her Will Trent series, and Grant County novels.

James Patterson: Adapted for the big-screen, many of the novels of American writer James Patterson are a familiar sight on bookshelves the world over. Often reaching the top of the bestseller lists, his Alex Cross novels are perhaps his best known franchise to date. Following the case-files of the eponymous forensic psychologist, it’s a classic series that would see many film adaptations.

Tami Hoag: Writing many thrillers along with romance novels, American author Tami Hoag is a versatile and articulate voice. Showcasing an in-depth knowledge of psychology, she gets beneath the skin of her characters, bringing out a sense of nuance to each of them. This lends her work a unique quality that ensures she stands out from the rest, offering something entirely new and idiosyncratic.

Patricia Cornwell: The American author Patricia Cornwell is known for her high degree of authenticity, so much so that she’s often referred to when writing for television. Her knowledge of modern forensics is second to none, as she’s a figure at the forefront of the field, knowing the details inside out. This has allowed her to create stories that are highly immersive, allowing you to feel as if you’re really there within them.

Harlan Coben: A master of the pot-boiler, the American mystery and thriller writer Harlan Coben knows how to balance a multitude of different narrative strands at once. Constantly leaving the reader with more questions, you’ll want to keep turning the page in order to find what comes next. He understands exactly what he’s doing, and now, with him creating a number of television shows for Netflix, he’s going to be writing for a long time to come.

Author Stories Podcast – Lisa Gardner: Here Gardner talks about her novel ‘When You See Me’ with the host Hank Garner. It’s a fascinating look not only in to the character of Warren as seen by the author, but her creative process as a whole.

Writer’s Bone – Lisa Gardner: Speaking to the host Caitlin Malcuit, Gardner this time looks at her novel ‘Look For Me’. Also a D.D. Warren title, it’s an entertaining and informative look into Gardner’s life and how she sets about writing her novels.

Beaks and Geeks – Lisa Gardner: Talking about the art of creating suspense with the host Natasha, Lisa Gardner breaks down her novel ‘Right Behind You’. This is a story from her ‘Quincy and Raine’ series, and provides an interesting perspective on her work.