An American author of romance fiction, Nicholas Sparks has become a household name the world over, with his bestselling and highly successful novels. Establishing his own personal style and template, he’s produced numerous books that are immediately recognizable as being one of his. Typically focusing on romantic-drama, he writes in a style that is at once sentimental, but also sincere at the same time. It is this finely tuned balance that has allowed him to maintain his popularity and commercial success, with his classic tales of tragic love mixed with happy endings.

Releasing his first solo novel in 1993 and getting it published in 1996, Sparks would make his first major breakthrough with The Notebook. This would later become a film, adapted for the big-screen in 2004, starring Ryan Gosling and Rachel McAdams, and directed by Nick Cassavetes. It would look back over a lifelong relationship between two lovers, seen through the eyes of an old man, as they constantly find themselves being torn apart by fate throughout the years. This story of tragic romance would become a recurring theme for Sparks over time, with it proving to be highly popular with his growing legions of fans worldwide. Prior to writing this he would write Wokini: A Lakota Journey to Happiness and Self-Understanding in 1990 with the athlete and writer Billy Mills.

There has been eleven cinematic of Spark’s work, along with two television series, one of which is a planned follow-up to ‘The Notebook’. These have mostly all been well received by the general public, with his name having become a well recognized brand at this point. Winning numerous awards too, including becoming a New York Times bestseller for twelve of his books, there’s many notable highlights throughout his literary career.

These are my own personal top five Nicholas Sparks novels: 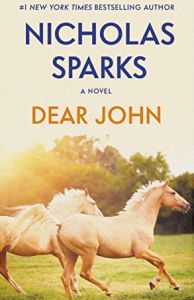 Starting out as a rebel without direction, John decides to enlist in the army to help give himself some sense of purpose. That’s when he meets Savannah and the two of them immediately connect, leading to him wanting to finish serving as soon as possible and settling down with her. His plans are then disrupted by 9/11, as he feels it’s his duty to re-enlist, which leads to Savannah finding someone else, and he’s left facing one of the hardest decisions of his life.

Heartbreaking as it is believable and realistic, this is everything that a standard Nicholas Spark’s book should be. With themes of lost love and regret, it has all the hallmarks of a classic, hitting all the right beats throughout the story. The narrative is straight-forward too, making it accessible and easy to read, with its addictive style of prose being something that Sparks excels at. 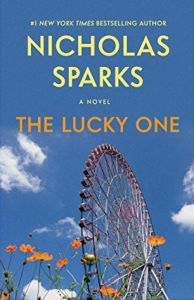 Finding the photo of a young woman buried within the dirt whilst serving in Iraq, the US Marine Logan Thibault experiences a streak of luck whilst carrying it. Returning to America he takes off across the country in search of the woman that brought him that luck, only to find her divorced and living in Hampton, North Carolina, with her son. That’s when the both of them embark on a passionate love affair, all the while with him holding onto the secret of how he met her; a secret that threatens to tear them apart.

This is definitely a story that wont leave fans of Nicholas Sparks disappointed, with its themes of love, destiny and fate. Putting these into a realistic context keeps the reader engaged, making the story believable enough to escape in to, all whilst retaining his classic romantic tropes. Filled with passion, this story really does make the most of its premise, delivering on its ideas, and giving his audience what they want. 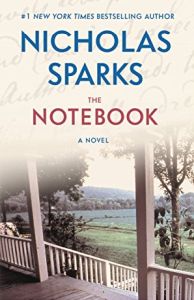 Reading from a well-worn notebook to a woman going about a ritual she doesn’t seem to quite understand, the man transports them both back to 1946. Starting out in North Carolina, this sees Noah Calhoun returning back home from World War II to the rural south, plagued with memories of a love-lorn summer gone by. Finding the girl, Allie, once again, she’s engaged to someone else, but this doesn’t dim their passion for one another, as they’re both forced to confront the many obstacles placed before them throughout the following decades.

A classic tale of love, this really does draw on the themes of doomed romance, with love overcoming all. Despite whatever is placed in front of Noah and Allie, the two of them always come back to one another through fate. This has also led to it becoming a highly successful film, along with a proposed television series, and a book titled ‘The Wedding’ following on from it. 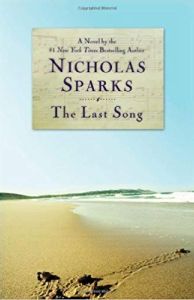 Veronica ‘Ronnie’ Miller has her life drastically altered when, at the age of seventeen, her parents decide to divorce. Then three years go by leaving her alienated and angry toward her parents, as her father moves to Wilmington in North Carolina, leaving her behind with her mother in New York. One day she goes to stay with her father for the summer and everything changes, as she meets someone who turns her life upside down for good.

Getting straight into the heart of the action, this is a wonderful and classic story of young love, and how it comes in the most unexpected of places. There would also be a film in 2010 starring Miley Cyrus and Liam Hemsworth in the main roles, in a romantic teen drama that was well received by the public. Really involving the reader, it comes alive off the page, providing all the hallmarks of a great romance, whilst being believable at the same time. 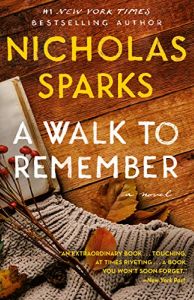 It is 1958 and seventeen year old Landon Carter is in his last year at Beaufort High, having already dated a few of the girls at his school. That’s when he meets Jamie Sullivan, the local Baptist minster’s daughter, and everything changes, as Landon finds himself attending the Homecoming Dance with the seemingly shy girl who’s always holding a bible. Making a discovery about her, they find that love must overcome death, as both their worlds are drastically changed forever.

This is quintessential Nicholas Sparks at his finest for me, as it brings all the classic elements of the tragic love story together to great effect. Caring about the characters, it allows you to really feel for them and the chemistry that they passionately feel for one another. Getting to the heart of it, this is a story about love and death, something which would be replicated in the 2002 film of the same name, starring Mandy Moore and Shane West in the lead roles.

Best Authors To Read If You Like Nicholas Sparks:

Jodi Picoult: Writing novels centered around family and love, the books of Jodi Picoult are touching and realistic, as she writes sensitively with compassion. This has also led to her seeing film adaptations of her being made, along with some television movies for Lifetime as well. Realistic and down-to-earth, she gets inside each and everyone of her subjects, bringing the to life off of the page for the reader.

Danielle Steel: Publishing as a bestselling household name since the seventies, the romance author Danielle Steel is world renowned. With films and television shows produced from her work, she’s the fourth bestselling novelist of all time, as her writing is instantly recognizable. Releasing over 179 books so far and counting, she is also one of the most prolific writers of her generation, changing the face of the romance novel for years to come.

Paulo Coelho: Writing from a similar perspective to Sparks, Coelho offers work that is inspirational in its outlook, giving some of his own insight. Inflecting his work with a sense of the spiritual, he looks at destiny and fate, and how he believes everything to be interconnected. This has led to some describing his books as a form of self-help, as they essentially provide guidance and understanding to the reader.

Sophie Kinsella: Going by her more commonly known pen-name of Sophie Kinsella, the writer Madeleine Sophie Townley is well known for her romantic comedies. Whilst Sparks may focus on the more dramatic aspects of love and passion, Kinsella writes from a more humorous perspective. Both equally heart-warming, she is also a bestselling author with a lot to say, winning her legions of fans from far and wide.

Sebastian Cole: Despite having released just one book so far, the Sparks influence is undeniable, as Cole writes romance in an almost poetical style. Taking inspiration from his own life too, he would publish ‘Sand Dollar: A Story of Undying Love’ in 2012, which would be met with huge acclaim. Winning awards and numerous plaudits for his work, his novel continues to be read by fans worldwide to this day.

The B&N Podcast – Nicholas Sparks: This is a direct and honest interview that’s straight to the point, with Sparks going over his life and what makes his books work. Giving a detailed insight into where his creative streak comes from, this is a definite must for all fans of his work.

Authorized: Love and Romance – Nicholas Sparks: Speaking to the host about how love and romance stories differ from one another, Sparks explains where his own work comes down here. Laid-back and easy going, it’s a straight-forward and entertaining interview, with some coarser language along the way.

Hear Me This Book – Mark Duplass – The Notebook: Nicholas Sparks: Looking at the novel ‘The Notebook’, the director Mark Duplass examines what the story means to him, and how it has inspired his own work. This is a funny and entertaining insight into the work of Nicholas Sparks from a fan’s perspective, also with some coarse language.