Michael Chabon is an American author who made his debut with The Mysteries of Pittsburgh in 1988. That first novel was published when he was just 25 years old and shot him into celebrity which he wasn’t really prepared for at the time.

He was well-known at the time and began working on a massive book called “Fountain City” that just kept growing in page count while never getting closer to the end. When he was finally able to give up on that project he would turn some of his experiences into the hit novel, Wonder Boys. The main character was based on his college professor, Chuck Kinder, and the character sees himself with a huge, overly long novel that he is unable to finish. The book was eventually made into a movie starring Micheal Douglas, Tobey Maguire, and Katie Holmes.

Chabon comes from a Jewish family in Washington, DC. He is the son of two lawyers and he found his love for writing at a very young age. His parents would divorce with his mother moving him to a “progressive planned living community in which racial, economic, and religious diversity were actively fostered” for a nine moth period of his young life.

He would attend college at the University of Pittsburgh where he studied under Chuck Kinder and received his Bachelor of Arts in 1984.

After completing Wonder Boys, Chabon found a box of old comics from his childhood that ignited something within him. He started thinking of a new novel surrounding comics that would lead to The Amazing Adventures of Kavalier & Clay which many consider to be his masterpiece. The book won the the 2001 Pulitzer Prize for Fiction.

In addition to writing novels and non-fiction, Chabon has also dabbled in Hollywood. He spent about 16 months working on a screenplay to adapt The Amazing Adventures of Kavalier & Clay that never ended up going anywhere. He wrote parts of the screenplay for Spider-Man 2 and his most high-profile job as showrunner for the Star Trek: Picard series. 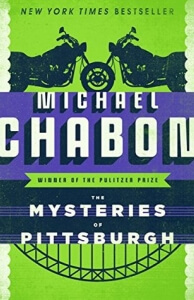 This is the book that put Chabon on the map and it is still a good read all these years later. The book focuses on a young man named Art Bechstein. He doesn’t quite know what he wants to do with his life, but he knows he wants to be nothing like his father who laundered money for the mob. After graduation he decides to find his own way and ends up experimenting with his sexuality with a group of new friends. It’s more than that though, it’s a way for him to cope with his own place in the world in this coming-of-age tale.

It’s easy to see why this book signaled the debut of the next great writer. While not as amazing as some of his later works, this book showed what a great writer Chabon already was at the age of 25. The book has a good sense of humor and his poetic writing style is on full display here. The characters are the thing that will keep you engaged in this one and coming back for more. 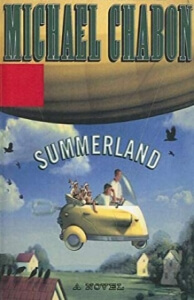 This book, aimed more towards an all-ages audience, sees Ethan Feld moving to Clam Island, Washington with his father. Moving was hard enough, but his being the worst baseball player in the league isn’t helping things. One day his luck changes when he meets a mysterious Negro League baseball scout named Ringfinger Brown and a seven-hundred-and-sixty-five-year old werefox. They take him to teh Summerlands, a place without winter, that is facing destruction that only Ethan can save them from.

This is a really magical book that effortlessly combines a love of baseball with a love of fairies and all things fantasy. A boy and his friends need to save the world, but they need to do it with baseball and quests against monsters. Mixing environmental themes, folklore, baseball history, and a dash of C.S. Lewis; this is a truly unique book that is a good read for all ages. 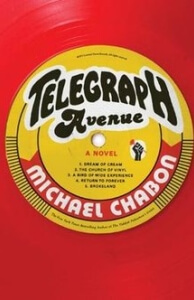 Telegraph Avenue takes readers back to 2004 when Archy Stallings and Nat Jaffe, friends and co-regents of Brokeland Records, are doing their best. Brokeland is the spot between Oakland and Berkeley where their business is being threatened by the opening of a megastore in the area. While dealing with that Archy and his wife see the reappearance of a 15-year-old son of Archy’s from a previous relationship. Making matters more complicated is Nat and his wife’s son falling in love with him. All this happens as their wives, Gwen Shanks and Aviva Roth-Jaffe, are going through their own personal and professional issues. An intimate story that is moving, thrilling, funny, and triumphant all at once.

This book has a real nostalgic feel to it as the music of the record store really creates the soundtrack of the book. The characters of this book are rich and real in classic Chabon fashion. The prose has been called too wordy and even astute readers may find themselves re-reading passages, but it is rewarding as a whole and one of Chabon’s finest works. 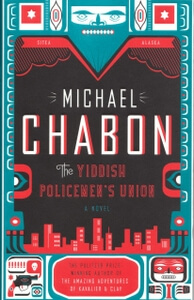 This book takes place in an alternate history where displaced World War II Jews were given safe haven in a Sitka, Alaska. This is based on something that Franklin Roosevelet actually planned, but never came to fruition. In this book, it did and Israel collapsed in 1948. The Alaskan panhandle was a home for them and it became a vibrant city, but that time is coming to an end as it is soon to revert back to Alaskan control. Meyer Landsman is a homicide detective who has enough problems without worrying about the Revision. His life is a mess and making matters worse is a chess prodigy has turned up dead in the hotel he lives at. As he begins his investigation, he’s told to drop it from the top of the department, but he’s not quite ready to do that.

This has been called a book that only Chabon could write and that feels very true. The murder case portion of the book is a great whodunit that will keep you invested, but it’s the love story and the story of the exile and redemption of this man and these people that really makes this book special. 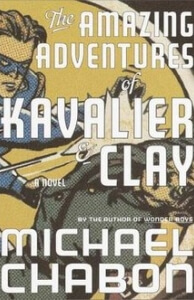 The true masterwork of Chabon’s career. The book tells the story of two cousins in 1939 New York City. Joe Kavalier is a young escape artist and budding magician who just escaped Hitler’s Europe. He arrives in New York to meet his cousin Sammy Clay who is desperate to break in to the world of comics. His cousin is a talented artist and he sees the opportunity becoming available to him. The two go on to create The Escapist, a fascist-fighting comic hero, and carve out lives for themselves alongside the beautiful Rosa. The comics work as a way for Joe Kavalier to deal with some very real feelings about Hitler and his life, that eventually fails him. While Sam and Rosa are left to pick up the pieces.

Out of context this book might seem like a book that is strictly written for boys. With the omic books and magic and escape artists and everything else. That couldn’t be further from the truth as the story of this book is deeply human and far more than just a “comic book” book. Kavalier & Clay is much more about loyalty, friendship, religion, love, and overcoming hardships than anything else. The shadow of Nazi Germany looms large over much of the book until it reaches its breaking point. You feel strong emotions for each of the three main characters in this book in unique and different ways, all of them painful. Yet while having that level of emotional depth, the book can also make you feel a sense of childlike wonder. A true masterpiece, it’s easy to see why this book won the Pulitzer Prize.

Best Authors To Read If You Like Michael Chabon:

Jennifer Egan: Fans of Chabon may also enjoy Jennifer Egan’s brand of lucid prose, unorthodox storytelling, and genre-bending writing. One of the great examples of her style is A Visit from the Goon Squad. The book is about an aging punk rock executive named Bernie and his troubled assistant Sasha, but it is about much more. They are simply the connecting thread that holds all of the stories told in this story together.

Andrew Sean Greer: Readers who enjoy Chabon’s Wonder Boys will enjoy the hilarious portrayal of a struggling writer in Greer’s Less. A failed novelist doesn’t want to attend his ex-boyfriend’s wedding because of the awkwardness, but also doesn’t want to say no either. To solve the problem, he accepts every invitation that comes across his desk to literary events around the world.

Colson Whitehead: A recipient of a Whiting Writers’ Award, a Guggenheim Fellowship, and a MacArthur Fellowship, Colson Whitehead is one of the best working writers today. He is the author of the Pulitzer Prize winning The Underground Railroad. The book masterfully mixes historical fiction and magic realism excellently as the characters travel on a literal Underground Railroad to escape slavery.

Philip Roth: Fans of Chabon’s The Yiddish Policemen’s Union should also enjoy Philip Roth’s alternate history book, The Plot Against America. The book tells of an alternate American history in which the pro-Nazi Charles Lindbergh defeated Franklin Roosevelt in the 1940 U.S. Presidential election. Instead of World War II, the U.S. had an “understanding” with Hitler and the Nazis. This book tells the story of this world and it’s effects on a young boy growing up in Newark and what it does to his family.

Jonathan Franzen: You could see The Amazing Adventures of Kavalier & Clay on any list of the best books of the past 50 years. On that same list, you would also find Jonathan Franzen’s Freedom. This book is a funny and forgiving portrait of an American family that ends up being so much more than that. A love story, a story of friendship, growing up, getting what you want, and so much more. A true classic of the 21st century.

The Guardian Books Podcast – Michael Chabon on The Amazing Adventures of Kavalier and Clay : Learn more about Chabon’s masterpiece from the man himself in this comprehensive podcast from The Guardian.

Fresh Air – Michael Chabon: An in-depth interview that Chabon did on Fresh Air where he talked about Pops: Fatherhood in Pieces and much more.