The “Jack Reacher” series of novels is written by English author Lee Child.

They are in the thriller genre, with some mystery aspects to them. Jack Reacher is a character who used to work as a Military Cop. He left the army, and decided to roam the United States of America via bus or hitchhiking. He rarely has any particular destination in mind; he travels wherever and whenever, and never staying in one place too long.

Along the way, dangerous or suspicious situations will usually arise which will require Reacher to intersect. Luckily along with his military skills, Reacher is 6 ft 5 in, 250 pound man so he is usually able to handle trouble fairly well. That’s one reason the series is so popular; Reacher is like a modern day Superman.

As an example, the first Jack Reacher novel was written in 1997 and entitled Killing Floor. In that book, Reacher visits Margrave, Georgia simply because he had heard that a blus musician had died there, and wanted to check it out. Within minutes of stepping off the Greyhound bus and heading to a diner, he ends up in police custody being accused of murder.

Lee Child has won and been nominated for numerous awards over his career. His first novel, Killing Floor, won an Anthony Award and also a Barry Award for the best first novel. 61 Hours won Theakston’s Old Peculier Crime Novel of the Year Award and A Wanted Man won the Specsaver’s National Book Award.

Two movies have been made based on the Jack Reacher series so far. Jack Reacher in 2012 which was based on One Shot and Jack Reacher: Never Go Back in 2016. A TV series is in the works.

This is my own personal opinion of what the best Jack Reacher novels are. I read each book in this series as soon as it comes out, and will revise the list when applicable. 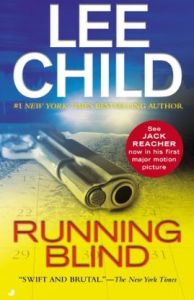 See at Amazon#5: Running Blind (2000). Known as The Visitor in the UK. Women are being murdered in their homes yet the modus operandi is unclear; they’re discovered covered in Army-issued paint in their bathtubs, in their own homes. And they don’t have a mark on them. The two women have a few connections; one of which is that they both knew Jack Reacher. Reacher is arrested by the FBI however when a third woman is discovered dead while he is in custody, the FBI enlist his help to discover who is doing this.

This book always stands out to me over the years as it was an excellent mystery book. Child usually focuses more on the thriller aspects however the mystery aspect of this had me guessing all the way through. 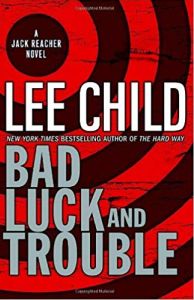 See at Amazon#4: Bad Luck and Trouble (2007). Reacher discovers an anonymous amount of money into his bank account. It’s just a small amount and from that he deduces that it’s a signal from his old buddies in the army. They’re in trouble, and they need help. He meets up with Frances Neagley, another former team-mate, and together they work together to discover what is happening and remind the world of one thing: do not mess with the Special Investigators.

One thing I really enjoyed about this book was that Reacher wasn’t alone for once. It was great seeing him team up with others for a change and also characters who had strong connections to Reacher. It showed that Lee Child wasn’t afraid to try new things, and it helped that it was all very personal for Reacher. 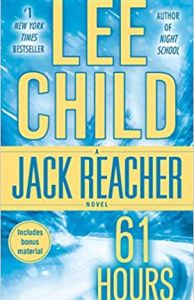 See at Amazon#3: 61 Hours (2010). Reacher is on a tour bus full of senior citizens, when it gets in an accident in South Dakota. Due to the weather conditions, they are stranded there. Reacher discovers that the town he is in has one of the biggest prisons in the USA, and that within the town there is a woman who is witness to crimes commited by a biker. People are planning to murder her, and the local police enlist the help of Reacher to make sure she stays alive.

This was another ambitious effort by Child as it was essentially a “two parter” with a cliffhanger ending. Childs writing is incredible here as you’ll feel cold just reading about the landscape descriptions. 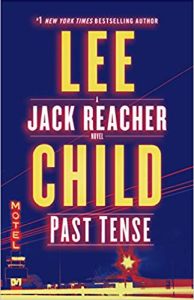 See at Amazon#2: Past Tense (2018). Reacher has an objective in mind in this one – heading to Laconia, NH to visit the town that his father lived in. However what he apparently discovers is that his father never even lived there to begin with. There’s also a secondary story involving a couple who have car issues, and have to stay over at a motel. However it is a rather creepy motel ran by a group of men who keep finding excuses to stop them from leaving.

This isn’t the first time Lee Child has written a book like this; where there are two strong separate stories that eventually intersect in an explosive climax but it was easily his best. Both storylines are fantastic as in one you have the usual Reacher stuff, and in the other storyline it is a great mystery. 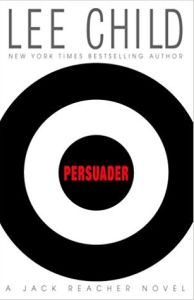 See at Amazon#1: Persuader (2003). Reacher is walking along the street when he notices a man who he recognizes; it’s someone Reacher killed years ago. So how is this person still alive? It results in Reacher having to go undercover and working unofficially for the DEA so he can get another shot at the man that he thought he killed.

He gets a job as a hired gun/bodyguard of drug dealer Richard Beck.

Everything about this book is excellent. However what does it for me is the character of Paulie, who also works for Richard Beck. I don’t think Reacher has ever met a foe as physically intimidating as Paulie over the years, and Lee Child does an incredible job in writing this character.

Persuader is one of those books I have read multiple times but still go back to time and again.

Best Books & Series To Read If You Like Jack Reacher:

Peter Ash: The Peter Ash series of novels is written by Nick Petrie. There is no series that comes closer to the Reacher series than this one, and Lee Child has even given it his personal recommendation. Ash is a military veteran who suffers from PTSD, and also basically travels from town to town stumbling into trouble just like Reacher.

Mitch Rapp: While more in the spy and political thriller genre, this series originally penned by Vince Flynn is often recommended for those who like Jack Reacher. Mitch is just as badass as Reacher, and works for a CIA black ops group. If you’re a fan of Jason Bourne, the Mitch Rapp series would be up your alley as well.

Pike Logan: This series is written by Brad Taylor. Pike used to work for an outlaw US Government Agency called the Taskforce. However a personal tragedy changed his outlook on life. An excellent series.

Jericho Quinn: This series is written by Marc Cameron. Quinn is a trainsed assassin, special agent and air force vet. If you prefer the “over the top” type of action then this series is for you.

Nick Heller: At the peak of Reachers popularity, we saw many authors abandon existing series of standalones to attempt to capture the same magic. Joseph Finder was one of those who was able to capture that magic featuring ex-Special Forces and current private investigator Nick Heller. Heller and Reacher even met each other in a collection of short stories written years later!

Saturday Live – Lee Child: This is an interview with Lee about “The Midnight Line” where he discusses writing the character of Reacher.

Simon Mayo’s Books of the Year – Lee Child: This is a great interview with a lot of insight into Lee.

The B&N Podcast – Lee Child: A dtailed look into the character of Jack Reacher.