Brad Thor, besides having an awesome name, is best known as the author of the popular Scot Harvath series of books. The series started off with The Lions of Lucerne in 2002, and then was followed up by Path of the Assassin in 2003, and State of the Union in 2004. He keeps pretty close to a book per year schedule with that series and shows no signs of slowing down. Thor’s books have sold over 14 million copies worldwide and that nunber continues to grow.

Brad was born and raised in Chicago, Illinois. He attended school there before heading off to California for college. Thor studied at the University of Southern California under author T.C. Boyle where he studied creative writing, film, and television production.

Thor made his first attempt to write a novel in 1992 after college. He wrote three chapters and gave up, instead going off to create a travel show. He worked in television before becoming an author and was the creator, producer, writer, and host of the critically acclaimed national public television series, Traveling Lite. The show was about budget travel and saw him traveling all over Europe.

He would eventually pick writing back up when he told his wife on their honeymoon that writing a novel was something that he wanted to do more than anything else in the world. A chance meeting with a sales rep for Simon & Schuster gave him the confidence to do so and then an article that he read about a Swiss intelligence officer embezzling money to set up a militia inspired him to write one. The rest, as they say, is history.

Scot Harvath is the main character in all of his books and he is as tough as they come. Harvath is an ex-Navy SEAL Secret Service agent who is exactly the type of guy you want around in a tough situation. He can ignore the pain, he beats the bad guys, gets the girl, and has fun doing it. Five foot ten with blue eyes and powerful muscles, Harvath is the guy that other guys want to be and girls want to be with. He works as a covert counter-terrorism agent and travels the world getting things done.

Thor has worked with government in his time as well. He was a member of the Department of Homeland Security’s Analytic Red Cell Unit, and is a fellow of the Alexandrian Defense Group. Brad has also been popular on the lecture circuit as well as he has given speeches to law enforcement organizations on over-the-horizon/future threats. Additionally, he has been a keynote speaker for the National Tactical Officers Association annual conference, the Young America’s Foundation, and the Ronald Reagan 100 celebration. Thor considers himself to be a conservative libertarian.

The Scot Harvath series has lead Thor to some unique opportunities. Maybe one of the greatest took place when he was writing his thriller, The Apostle. To research this book, he was allowed to shadow a Black Ops team in Afghanistan. He was a friend of former C.I.A. operations officer Duane R. Clarridge and dedicated the book Use of Force to him after he passed away.

Brad is a regular contributor on a variety of television programs including the Glenn Beck TV program, as well as the radio program. He is considered an expert in terrorism and will appear on channels such as CNN, Fox News, MSNBC, and PBS to discuss terrorism and the things going on in the world. It’s not all terrorism for him though as he was also featured by the Speed Channel in the “Executive Protection” episode of their “Dangerous Drives” series. 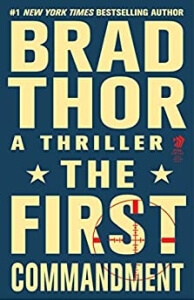 This story begins with the covert counter-terrorism agent learning that a deadly assassin is targeting those close to him. He naturally wants to find who did this himself, but the President has ordered him to stay away from the investigation. In an official capacity, he listens. He can’t listen though as the people close to him are in danger so in an unofficial capacity, he’s out for revenge and digging into this conspiracy.

Scot digs into the case and discovers a conspiracy with links between a recent release of prisoners and the assassin’s attacks. These prisoners were released from Guantanamo Bay due to someone blackmailing the President. The deeper he gets, the more Harvath starts to question his loyalty to the institutions that he works for and even the country itself. 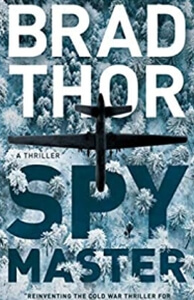 This classic Harvath thriller starts with the world on the brink of war. Diplomats are being targeted by secret organization in Europe as a foreign ally is upset about the whereabouts of an important asset. With so much going on, it seems that war is going to start any day now. Enter Scot Harvath, the counter-terrorism expert, who plays by his own rules.

This book sees Harvath more cunning and dangerous than ever as he enters a role he spent his entire career avoiding. With his mentor out of the game, he’s the only man for the job and Harvath will do it just like he does everything else – by his own rules. A great jumping on point for people who are interested in checking out Brad Thor’s Scot Harvath series. 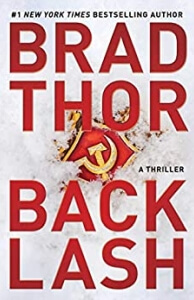 This book takes place later in the series and sees an older Scot Harvath who is still one of the toughest characters in the game. This book is beloved by many readers because there is not a lot of time for explaining who Harvath is, if you’ve read his novels to this point – you know. That means that this book is all action and a story which takes Harvath to a much darker place.

Scot is far from home and surrounded on all sides by enemies. He’s ben badly crossed and will need to use every skill he has to stay alive. Nobody is coming for him it seems and revenge is his only way out of this, and nothing will stop him from getting that revenge. 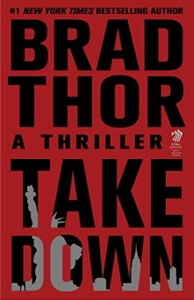 Thousands of travelers are trying to make their way out of New York City for the 4th of July weekend when a flawlessly executed terrorists attack strikes. The streets are burning and the city is sent in a panic with death all around them. In the midst of all this chaos, an elite team of foreign agents are in search of a man so dangerous that the government refuses to admit that he exists and will do anything to keep him hidden.

That brings in Scot Harvath who has a thirst for revenge of this attack and knows that the terrorist mastermind isn’t done. He must find him and do what he does before it’s too late for the rest of the world. 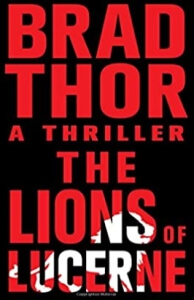 It’s really hard to go wrong with the first in the series. Any book series that puts up this many titles has to start strong and that is exactly the case with the Scot Harvath series.

While on vacation in Utah, thirty Secret Service agents are killed and the President is kidnapped. While many are blaming the terrorist cell known as the Fatah, Scot Harvath doesn’t agree. He thinks this is a threat by people with a hidden agenda and he’ll head to the mountains of Switzerland to prove it.

This is the book that started it all and introduced us to Scot Harvath. This is where we really learn what he’s all about and get a hold of Brad Thor’s writing style: fast paced, huge action, and intense drama. An exciting start to the series and a great introduction to a now legendary character.

Best Authors To Read If You Like Brad Thor:

Lee Child: If you like the classic action hero, you should really enjoy Lee Child’s Jack Reacher series. Child is a master of action and suspense with Reacher. The character is a former United States military policeman who now roams the country, taking on different jobs and helping people.

The first book in the series is called Killing Floor and sees Jack Reacher head ot the town of Margrave, Georgia where is arrested for murder an hour after arriving. He knows he didn’t kill anybody, here at least, but he doesn’t stand a chance of convincing the locals that he didn’t.

Vince Flynn: A former member of the Marine Corps, Vince Flynn is an American author best known for creating the character of Mitch Rapp. The character is a counter-terrorism operative who manages to stay plenty busy.

The series begins with Transfer of Power which begins with a group of terrorists descending on Washington, DC, taking hostages, and heading for the White House. Rapp will have to sneak around the most famous building in the world in order to stop them.

Zoe Sharp: For a British and female take on this world, you should check out the Charlie Fox series by Zoe Sharp. The character has earned comparisons to Jack Reacher and Brad Thor as a female version of them, but Charlie is much more than that.

The series begins with Killer Instinct where Charlie has to put her military skills to work to protect some women from a dangerous predator.

Dean Koontz: While Koontz is better known for his work writing horror, but his series based on the FBI agent Jane Hawk is great for any fan of Scot Harvath.

Jane is a powerful woman who will stop at nothing to find the truth and in The Silent Corner that is tested with a tough case. A lot of talented, accomplished people are committing suicide for seemingly no reason and Jane is out to find out why.

Tom Clancy: A true legend in the industry, Clancy has written many great novels in his career. Fans of Brad Thor’s work are likely to enjoy his Jack Ryan series of books.

It all started with The Hunt for Red October when Ryan is caught up in the Cold War between the United States and Russia. There is a powerful nuclear submarine that the United States wants and the Russians want back. Ryan is a brilliant analyst who isn’t interested in field work, but he’s drawn into action in the classic first book.

The Bulwark: Brad Thor joins host Charlie Sykes to discuss what it’s like writing political thrillers in a thrilling age.

The Unbeatable Mind: Brad comes on the podcast to talk about the difficulties of writing, the value of Stoicism and a more optimistic approach to current politics.