The ‘Warriors’ series is written under the collective pseudonym of Erin Hunter.

Coming together to use the pen-name of Erin Hunter, the writers Tui Sutherland, Kate Cary and Cherith Baldry have created the children’s fantasy series ‘Warriors’, with Victoria Holmes editing and developing the overall plot. Building an entire franchise around their initial cat concept, the Warriors brand has established a strong and loyal following over the course of its run. Starting out in 2003, it would begin a six novel series arc titled Warriors: The Prophecies Begin, which would run to 2004. This would then be followed up with another six series, each taking different arcs, and each containing six separate novels.

The story itself looks at five groups of cats, who are broken in to ‘Clans’, taking place within the lake homes and forests that populate their world. Initially falling to Victoria Holmes to devise a story about feral cats pitched to her by the publisher HarperCollins, she would take a stand-alone novel and establish a whole franchise. Using predominantly British settings, such as the New Forest, it’s quickly gone on to become a worldwide franchise, with English and American writers collaborating. There are now talks of a film adaptation in the pipeline, with the rights being brought up by ‘Alibaba Pictures’.

With plenty of stand-alone titles as well, along with short-stories, plays, mobile apps, and even trading cards, it’s grown rapidly. Taking on a life of its own online, it’s quickly built a strong fandom around various forums and websites, as they create their own unofficial media and content for the franchise. Coming a long way since Into the Wild in 2003, which opens with the battle of the Thunderclan and the Riverclan, the franchise really has taken on a life of its own, winning various awards, such as ‘Amazon’s Best Book of the Year’ in 2007, thus securing its bestseller status worldwide.

Whilst it’s best that you read these books in order, here’s my personal selection of favorites from the Warriors series: 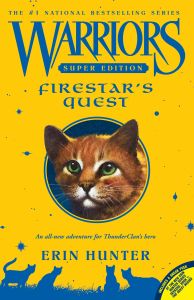 Setting out on a journey to find SkyClan, the lost fifth clan, Firestar and Sandstorm reach it meeting Skywatcher, a descendant of the clan. Showing them the legendary Whispering Cave there, Firestar finds claw marks of rats in the deserted homes of the clans, as he must then gather his friends to help defeat the enemy. This will help restore order and reconnect the SkyClan with the mystical StarClan once again.

Working as a straightforward adventure, this really works in developing the world overall, giving it a sense of vibrancy and urgency. Whilst you may need to read the other titles beforehand in order to get the background, it has a great stand-alone narrative that really draws you in. The characters themselves are also well developed, in what is a fun and exciting journey for both Firestar and the reader. 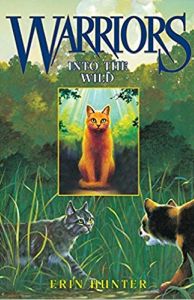 The peace has been kept for many generations now, but all that is set to change when the ThunderClan faces grave danger on the horizon. With the ever sinister ShadowClan rising in power, it would seem that their days are numbered, with the enemy growing stronger every day. As death seems to be lurking everywhere, a newcomer then steps on to the scene in the shape of a house-cat named Rusty, and he may be the strongest warrior of them all.

Introducing the series through an outsider, there’s some fish out of water fun to be had, giving this story an added layer of entertainment value. It also provides a journey, as the character arc of Rusty is a clear one, with the reader following him throughout. Exciting and tense, this entry really takes the premise and runs with it, building long and lasting ties between each of the characters. 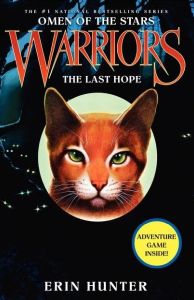 With Jayfeather and Lionblaze set to take the star power in to their claws, along with one other cat, the StarClan will tell who will gain this power as they wait patiently. In this instalment of the ‘Omen of the Stars’ arc, Tigerstar plans to lay siege on the other warrior clans, using his Dark Forest apprentices. Now with Dovewing at their side, Jayfeather and Lionblaze must find the fourth cat prophesied before it’s too late, especially if they ever hope to restore the balance.

Providing an effective conclusion to the Omens narrative arc, this is the sixth and final title in this particular series. Giving the fans everything they want, this really delivers, and is a definite must for any long-term followers of the series. Leaving the narrative open for more developments in the future too, it really provides a lot of exciting developments for the world and the franchise as a whole. 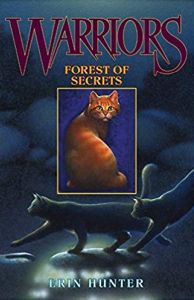 It seems allegiances are shifting within the clans, as the cats start to turn on one another, and tensions grow. With the passing of Redtail, the legendary ThunderClan warrior, Fireheart takes it upon himself to dig a little deeper. This opens a world of secrets that some would’ve preferred to have kept hidden, as he attempts to shine a light on the truth.

This is where the series started to turn and develop into something deeper, with the characters showing another side. Giving the power struggles a greater dimension, this paved the way for something more complex and thought provoking. With elements of a conspiracy thriller underneath it all, it’s definitely interesting to see how the story is taken to the next level. 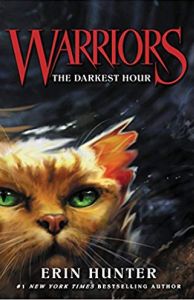 The ThunderClan has to face their biggest challenge yet, as their darkest hour approaches, and danger looms on the horizon once more. With Tigerstar’s constant struggle for power potentially threatening everyone, it is up to Fireheart to save the day. As the entire balance and order of all the Clans is hanging on a thread, Fireheart must make sense of the prophecy of the StarClan that looms; an epic battle between the final two.

Everything from the first series has been leading up to this, and it makes for an extremely thrilling conclusion to what came before. It also shows what the franchise really has to offer beyond its initial concept, as readers became truly invested in it on a more serious level. This is where we, the fans, would see what everyone was really made of, as the final battle came around.

Best Books & Series To Read If You Like Warriors:

Watership Down: This title, whilst highly regarded, is more for older children, as it concerns a group of rabbits who attempt to make their way to Watership Down after the destruction of their old warren. Adapted for television, with a famous animated movie, it manages to convey a number of serious themes using anthropomorphism, such as climate destruction and brutality. It would also be followed up with a collection of shorter stories titled ‘Tales From Watership Down’, ensuring its status as a classic of the genre.

Varjak Paw: Written by S.F. Said with wonderful illustrations by Dave McKean, these two books feature the cat known as Varjak Paw. With its somewhat Gothic quality, it’s still highly accessible to young readers, as it tells the story of Varjak, a Mesopotamian Blue cat who must venture in to the outside world. Adapted for the stage, it also generated interest for the big-screen too, whilst a third book is planned in the series.

Guardians of Ga’Hoole: Featuring more of a magical setting, this tells the story of owls and the fantastical kingdom they live within. Written by Kathryn Lasky, the series would also see a big-screen adaptation, with ‘Legend of the Guardians: The Owls of Ga’Hoole’ being directed by Zack Snyder in 2010. There’s also a spin-off series titled ‘Wolves of the Beyond’, focusing on the wolves of this world, along with a number of stand-alones too.

Wings of Fire: With Tui Sutherland, one of the writers of the Warriors series, ‘Wings of Fire’ takes flight in to fantastical realms once again, this time with dragons. Looking to fulfil their prophecies, it sees the dragons spread across the continents of Pantala and Pyrrhia, with each book being seen through the eyes of a different dragon. It’s a definite must for fans of Sutherland’s Warriors entry, as it really shows the full scope and scale of her imagination.

A Dog’s Purpose: Taking a whimsical look at real-life issues, this provides a more grounded and humorous take on the day-to-day through the eyes of a family dog and its various reincarnations. Followed up later with the sequels ‘A Dog’s Journey’ and ‘A Dog’s Promise’, it looks at the kinship and bonding between a dog and its family. There would also be a ‘Puppy Tales’ spin-off series for younger readers too, along with cinematic adaptations of the series as well.

Warrior Cats, What is That?: Running regularly on a bi-weekly basis, this offers fans a comprehensive breakdown of the series. Light-hearted and fun, it provides a welcoming access point for all newcomers to the world of Warriors.

Twolegs Talk Warriors: Providing a laid-back and casual look back at the series, this provides a funny and informative look back at the novels. A content warning is needed for younger listeners though, with some coarse language on occasion.

MinatheWarriorsPrincess: Looking at building up a community around the franchise, this is useful for fans hoping to explore the series further. With a lot of content regularly posted, it’s consistent and interactive.