The ‘Will Robie’ series of novels is written by the American author David Baldacci.

A hard-boiled ‘takes no prisoners’ stone cold hitman, Will Robie is the creation of American thriller writer David Baldacci. Working off the grid, Robie operates outside the system, as he’s the one called in by the government when all the other options have been exhausted. An independent contract killer, he’s able to get the job done, yet still has a heart and moral compass at the center of it all, essentially wanting to do the right thing. This has led to a series of nail-biting action adventures, proving to be successful with readers worldwide, as he defends America from its enemies.

The series would debut in 2012 with the novel The Innocent, which would set the character of Will Robie up for the first time. Consisting of five novels in the series so far, they would focus on Robie from the outset, as he calls into question a mission he’s given for the very first time. This leads to him essentially on the run in the first novel, whilst called up by the government again in the second title, The Hit, in 2013. With an ongoing arc for the course of it’s five novels, it’s effectively built a world with fully three-dimensional recurring characters. Dealing with a new mission each time, he’s continually tested to his limits, pushing him to the edge on multiple occasions.

Whilst there’s been films and television adaptations of David Baldacci’s other series and novels, Will Robie is as of yet to be adapted. It has won numerous awards though, with Baldacci himself getting lifetime achievements, gaining him both commercial and critical success. This has lead to there being plenty of highlights in the Will Robie series over the years, as they’ve each captured the attention of the public at large.

These are my own personal rankings for the Will Robie books: 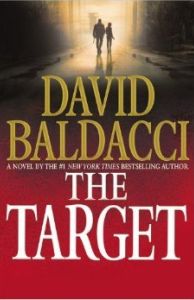 Faced with a massively challenging task, the American president has an opportunity; take down a global danger which, if the mission fails, would see him impeached leaving the United States vulnerable. Only one team of assassins is capable of completing such a mission, and that’s Will Robie along with his partner, Jessica Reel. The two of them must now work together, dealing with not only enemies from outside, but within the government too, as there are those who don’t like their independence.

This is a great character driven action thriller, with the two leads carrying the story throughout, giving it a real sense of weight and gravitas. Knowing how to have fun too, Baldacci makes the most of the premise, constantly keeping it entertaining at all times. The third book in the series, it develops its arcs well for fans, whilst also not alienating newcomers with its stand-alone story. 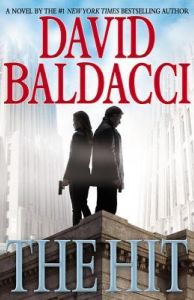 There’s not many that can stand against Will Robie skill-wise, given that he is one of the best assassins out there, called on by the government to manage jobs that nobody else can do. That is until he has to face Jessica Reel, an agent seemingly gone rogue who’s taken to attacking government agents. It appears that there’s more to what she’s doing than initially meets the eye though, as Robie soon finds that Reel may be on a mission against a much larger threat of her own.

With plenty of questions posed from the outset, the reader is constantly held on the edge of their seat, continually turning the page for answers. This is the first time fans got to meet Jessica Reel too, as she would continue to be a recurring character, turning up again in future titles. Gripping and compelling, this is the second title in the series, and it really is a must for not just followers of the series, but fans of the genre as well. 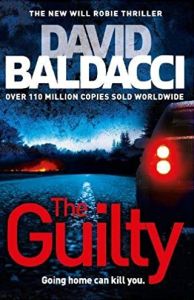 Failing a mission, Robie was incapable of pulling the trigger, leading to him taking a journey back to his home-town to question his past. Heading to Cantrell, a small-town on the Gulf Coast, he finds that his father, the local attorney Dan Robie, has been arrested and charged for murder. Whilst his father is initially reluctant to Robie’s offers of help, Robie and Jessica Reel persist, as they start uncover the truth lurking at the heart of what he used to call home.

The fourth book in the series, this takes an interesting departure from the rest in that there is no government conspiracy or mission at the center of it. Opting for a more character driven narrative, it focuses on the past of Robie, looking into his family history and where he’s come from. The premise is a solid one, as Baldacci examines what really drives his protagonist, casting him in a new and interesting light. 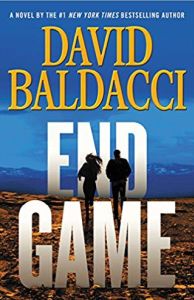 The handler of Will Robie and Jessica Reel, code-named Blue Man, has gone missing following a fishing vacation in his home-town. Investigating, Robie and Reel find the town to have a number of problems with an underfunded police-department, leading to it being a hotbed of petty crime and corruption. Behind all that though, the two of them begin to uncover something far worse, as a threat slowly reveals itself, one that could potentially bring down America itself.

Dealing with a whole host of different enemies, this book really challenges the duo, fully putting them to the test. With plenty of character development too, this is definitely one of the best, with its fast paced and gripping style of action. The plot itself is also one that keeps the reader guessing, with plenty of mysteries to uncover as the story gradually unfolds. 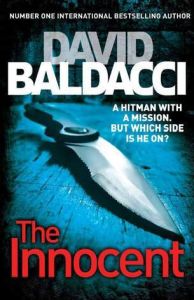 Starting with a seemingly simple mission, the hit-man Will Robie questions his orders, as something about the hit doesn’t feel quite right. That’s when the government come in to try and clean it up, along with him, leaving him to make a run from it, evading those who want to wipe him out. Meeting a wayward teenager who is also on the run, having found her parents murdered, she is now attempting to escape shadowy forces of her own.

This is where it all began, introducing the premise and the character of Will Robie for the first time in the series debut. Showing the character at his most raw Baldacci gets straight into it, injecting the story with high-octane action, drama and suspense. The supporting characters and world also excellently exemplify this, reflecting the core story extremely well, in a fun and engaging manner.

Best Books & Series To Read If You Like Will Robie:

Jack Reacher: Creating the highly successful Jack Reacher series, British writer James Grant is well known for writing under his Lee Child pseudonym. With Reacher being his sole franchise, he has drawn in legions of fans worldwide with his stories featuring the ex-Army major, who now roams America taking on odd-jobs. Constantly having adventures, this fun and exciting series is thrilling throughout, keeping the action going at all times, along with its film adaptation and planned television series in the works.

Mitch Rapp: Also an assassin, this creation of American writer Vince Flynn is one of the strongest in the genre, with a whole host of novels written about him. Featuring Mitch Rapp as the assassin and counter-terrorism expert working for the United States government, first in an unofficial capacity, then becoming more official as the series progresses. The franchise has been continued by fellow American author Kyle Mills after Flynn’s passing, as the books continue to draw in fans worldwide, along with a film adaptation starring Dylan O’Brien in the lead-role.

Charlie Fox: With a background in the military, Charlotte ‘Charlie’ Fox has had Special Forces training, but is now independent dealing with cases herself. Written by the British novelist Zoe Sharp, the stories are incisive and clever, showing a real depth of character, giving her a fully formed personality. Given a rich backstory, the series is a clever and interesting take on the genre.

Scot Harvath: An all action hero, Scot Harvath is an ex-Navy SEAL agent, previously working for the Secret Service, now travelling the world and undertaking missions. Written by the American thriller novelist Brad Thor, the books follow the independent operative, as he has all sorts of adventures. Entertaining at every level, these are straightforward action stories that do exactly what they set out to from the outset.

Jane Hawk: Working as an FBI agent attempting to uncover a conspiracy of epic proportions, this series follows the character of Jane Hawk on her quest for truth and justice. Starting out after her husband apparently commits suicide, she questions his death believing it to be murder, given that he was happy in life, leading her to uncover a web of lies and deceit. The series was written by the American author Dean Koontz, and is an excellent example of the thriller genre at its best.

Northern Virginia Community College – David Baldacci on Being a Novelist: With David Baldacci himself speaking directly, these lectures are informative and interesting. Talking about his craft, he also looks at what being a novelist entails.

Geek’s Guide to the Galaxy – David Baldacci: Speaking with the author, this in-depth interview with Baldacci is an intimate look into his life. Laid-back and illuminating, it gives the reader a thorough examination of his work.

The B&N Podcast – David Baldacci: Looking at his thriller ‘Redemption’, this interview breaks down what goes into the work of David Baldacci. Examining his own life, it provides insight in his influences and creative processes.