You may have heard of Alex Berenson due to his writings on COVID-19 but most of his know him from his incredible John Wells series of spy thriller novels.

Alex was born in January 1973 and after graduating from Yale University, he got into the world of reporting. Alex initially started at the Denver Post before moving onto The New York Times.

During that time, Alex covered the occupation of Iraq which may have been a big motivator to get into the world of fiction writing. Alex released his first novel, The Faithful Spy, in 2006.

It was very well received. The Faithful Spy won the Best First Novel award at the Edgars which is very prestigious. Other authors who have won this major award are Tana French, Michael Connelly and Stuart Woods.

Alex continued to release books in the John Wells series, and due to that success eventually left the newspaper industry in 2010 to write full time.

What’s notable is that the main character in his novels John Wells has converted to Islam and in the first novel people question whether he is actually working for or against America. Much like the TV show Homeland.

I’ve read all the books Berenson has written multiple times, and I am excited to give you my Best Alex Berenson Books. #1 and #2 were very easy however the remaining 3 were a bit tougher. 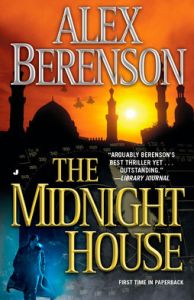 The book begins with a CIA agent being murdered and also an army vet. It is discovered that the two were part of an 11 member team of interrogators many years ago and the standing theory is that someone is out to eliminate all of them.

John Wells is called in to find out the who and why.

Alex Berenson proved here that he doesn’t just write thrillers; he can write some great mysteries with a storyline that will keep you guessing. I always like those sort of books where a group of people are being killed off one by one, and so that is probably why it made the list. A great thriller and so many sub plots and characters that are all tied together at the end. 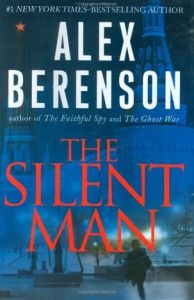 Wells and his fiancee are heading into work in their car. Due to accidents on the two bridges heading into Washington, there are big traffic delays. As they’re sitting there waiting, Wells hears some motorcycles behind him and starts questioning who rides a motorbike when it is 30 degrees out. He also thinks that two accidents at the one time is too much of a coincidence. Next thing you know he is in the middle of a gunfight with his fiancee getting shot.

Wells then becomes a man on a rampage, a man possessed. I love that sort of thing in a book and that’s why I rate this one so highly. Wells is acting on pure emotion and is going to get who is behind this no matter what. 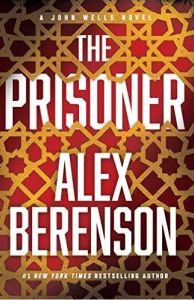 In The Prisoner, the 11th book in the John Wells series, Wells has to come out of retirement to track a mole. There is a CIA higher up who is feeding information to ISIS and Wells has to track them down. By doing this he needs to reprise his role as an undercover agent for Al Qaeda, get arrested and talk to an ISIS prisoner who is being held at a secret prison in Bulgaria.

To say this one will have you on the edge of your seat is an understatement. By this point in the series you care about Wells so much and in what truly is his most dangerous mission yet you are sweating it at every second. 11 books in, Alex Berenson still brings the goods. 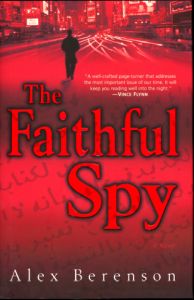 The very first novel written by Alex Berenson. It was an Edgar Award winner and a Barry Award nominee for Best First Novel and is an exceptional novel.

John Wells has been undercover and penetrating al Qaeda for a decade and has met with Bin Laden twice. Now it is time for him to fly back to the USA and martyr himself in a terrorist attack.

Wells returns to US soil with the plan to uncover the attack and thwart it. The problem> The people at the CIA don’t believe him. They don’t trust him and they think he is actually working for Al Qaeda.

Just an incredible book that does a great job of building up characters you will both love and hate, and has you rooting for Wells against the frustrating agency the entire time. 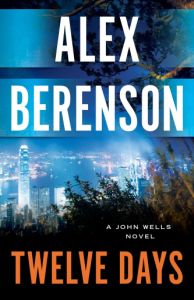 There’s nothing like a race against the clock, and that is what John Wells is up against in the 9th installment of this series. The United States it appears is being tricked into going to war with the country of Iran.

Wells has exactly twelve days to get to the center of the plot and confirm it is a false flag operation so he can blow the whole thing open.

So why exactly is this book my #1? Out of every book I have read in the series, when I think back to this book series I always remember one scene in particular and it is from this book.

John is attempting to escape Russia via a plane. Alex Berenson goes into excruciating detail throughout all of this and then it leads to the scene on the plane where Wells is just waiting for the plane to leave.

This scene is written so well. Then you think Wells has gotten away before…..well, I won’t say anything else for those who haven’t read it. However this is the scene I always remember, and why I have this book as my #1 book in the series.

Best Authors To Read If You Like Alex Berenson:

Brad Thor: Brad Thor is the author of the Scot Harvath series of novels. There are many novels in this spy thriller series that feature Harvath, an ex-Navy Seal who works for the Secret Service.

Daniel Silva: Daniel Silva writes the Gabriel Allon series of novels which many consider as the best spy thrillers in the business.

Vince Flynn: Vince Flynn is the initial author of the Mitch Rapp series of novels and if you are looking for a spy thriller series along the likes of John Wells, this is it.

Zoe Sharp: These spy thrillers feature Charlie Fox who is just an excellent leading character. If you’re looking for a female protagonist, Charlie Fox is probably the best in the genre.

Mark Greaney: In particular, his “Gray Man” series of novels which are all just fantastic. He writes other great books but nothing beats the Gray Man.

The Leighton Smith Podcast: An interview with Alex covering a wide variety of topics including the John Wells series.