Brimming with tension and suspense, the Myron Bolitar novels are a series of thrillers from Harlan Coben featuring the eponymous sports agent. As the hotheaded ex-basketball star now set to make the big time as a sports agent to all the up and coming stars, Myron often finds himself thrown in at the deep end of the business. Whether it’s dealing with an investigation surrounding the suspicious death of a player, or dealing with a conspiracy, he’ll always manage to get to the bottom of it. Dealing with the mysteries with good humor, he’s usually able to case the case in hand, which also sees recurring characters coming to help him along the way.

Releasing the first Myron Bolitar book in 1995, it would be Deal Breaker that Coben would start the series with. Consisting of eleven books so far, the format would typically follow that of a thriller mystery novel, as Myron would go about seeking to reveal the truth. The first novel would exemplify this, seeing Bolitar set to make the big-time with a new client, but soon discovering they may have a difficult past, with skeletons coming out of the closet. This would come to form the basis of many of the books, along with the Young Adult spin-off series featuring his high-school nephew Mickey Bolitar, who comes to live with Myron after the death of his father.

Whilst Harlan Coben has secured a long-term deal with Netflix to adapt many of his novels, this doesn’t as of yet include the Myron Bolitar series. That isn’t to say the novels haven’t received a lot of acclaim though, as it’s won many awards, including the ‘Anthony Award for Best Original Paperback’ amongst others. With a lot of room to keep growing, it really is a series with many highlights, as some titles definitely stick out.

These are, in my own personal view, the top five best titles in the Myron Bolitar series so far: 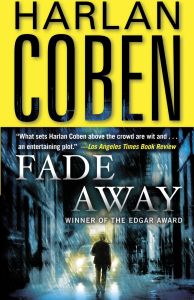 The sports agent Myron Bolitar is called in by Clip Arnstein, who owns the New Jersey Dragons, in order to find their missing star player. Finding a message left for the player Greg the night he went missing, Myron and his friend Win both attempt to untangle a conspiracy surrounding the player. This sees them unravelling the many elements of his Greg’s life, including custody battles, a disgruntled ex, and even murder.

This is the third title in the series, and it clearly shows how far the franchise had come, with the characters already being well developed by this point. Knowing the world, Coben gets straight down to the action, providing a taut and suspense fuelled thriller. The mystery has multiple levels, whilst maintaining a grounded sense of character directly rooted in reality. 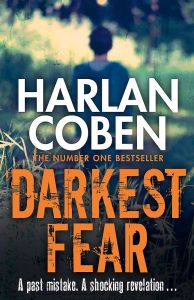 Things seem to be a little difficult for Myron Bolitar, as he approaches a rough patch in his life, with his father ill and him questioning his own mortality. That’s when he discovers he has a thirteen year old son, and one who is apparently sick with a life threatening disease of his own, leading to Myron taking a journey into his past. This then leads to him dealing with a family that harbors secrets of their own, ones they’ll attempt to keep buried at any cost.

Looking at the family of Myron, this really gives his character a greater sense of scope, allowing him to become far more defined. The mystery itself is well done, running perfectly in tandem with the character development, never sacrificing one for the other. Entertaining and witty, Myron is a distinctive personality, with his ever cynical and self-deprecating sense-of-humor prevalent throughout. 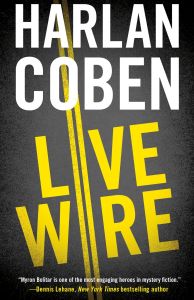 The former professional tennis star Suzze T is met with an anonymous Facebook post questioning the paternity of her child, leading to her rock-star husband leaving abruptly. Looking for help, Suzze enlists the assistance of Myron Bolitar to help her find her husband, and hopefully save his life. Finding the husband Lex though, Bolitar also finds his own brother and former sister-in-law, which surprises him given that they disappeared years ago.

Uncovering the secrets of the Bolitar family, this again gives the character a far more rounded personality. It’s also here in the tenth instalment that Coben has realized what he actually has on his hands with the series. Perfecting the formula of character and story, he definitely has managed to create a thriller that brings all the best elements of the genre together. 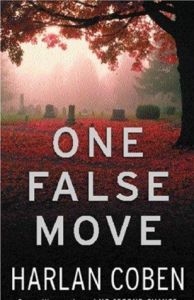 The basketball star Brenda Slaughter is intelligent and strong, not needing any protection it would seem, but Myron Bolitar has been assigned to keep watch over her nonetheless. Twenty years prior she was deserted by her mother, and now it seems her father has mysteriously disappeared too, as Myron attempts to get to the bottom of it. With a world of secrets in her past, Myron immerses himself in the web of lies and deceit that surrounds her, and secrets that some are willing to kill to keep.

Taking a darker turn, this book delves into murkier territory, making for a more complex and interesting turn of events. Keeping the characters true to themselves, Coben manages to maintain a balancing act throughout, all of which makes for a highly compelling read. This, being the fifth book in the series, allows the story and the world to become a lot more fleshed out, making this one of the stronger instalments in the franchise. 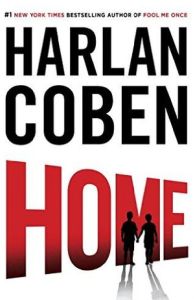 A decade prior, two boys from wealthy families were kidnapped and a ransom was made, but then everything went silent. Now it appears details of one of the boy’s whereabouts, now a teenager, have surfaced, and questions are raised as to what happened during those ten years. With the help of his friend Win, Myron Bolitar has located the boy, and now he must work to find the other one and gain closure for their families.

Making a return to the series after five years it appears that Coben hasn’t lost his touch, diving straight back in, getting to the heart of what made these stories work. With some time out and time to reflect, it appears that the series has only grown stronger, with this being one of the best entries by far. The characters seem so familiar that it doesn’t seem like any time at all either, as if meeting with old friends once again.

Best Books & Series To Read If You Like Myron Bolitar:

Mickey Bolitar: Working as a spin-off series from the main Myron Bolitar novels, these are written for a predominantly Young Adult audience. Following the nephew of Myron, these see Mickey solving mysteries of his own after moving in with his uncle in the wake of his father’s death. Often digging through the secrets of his family, he has a drive to do the right thing and seek justice for those in need.

Alex Cross: Astute and intelligent, Alex Cross is the driven and motivated former FBI agent and psychologist based in Washington DC. The creation of American writer James Patterson, he has starred in a number of books that begun in 1993 with ‘Along Came a Spider’. There would also be film adaptations as well, with actors such as Morgan Freeman and Tyler Perry stepping in to the role of Cross.

Hugo Marston: Previously working as a profiler for the FBI, Hugo Marston is now stationed as head of security of the US embassy in Paris. Written by the British writer Mark Pryor, this mystery thriller series would consist of eight books in total and counting, as Marston uncovers all manner of conspiracy. Always having something to, these stories are entertaining and thoughtful, with Marston providing a strong leading character.

Spenser: The relationship that Bolitar has with his associate and friend Win, is similar to that of the one between Spenser and his partner Hawk. This was to become template for the classic buddy partnership found in the detective genre, making this these novels a benchmark for years to come. Written by Robert B. Packer and later Ace Atkins, these are soon to be adapted for Netflix, with a television series on the way.

Harry Bosch: Equally empathetic with a tender heart beneath his somewhat rough and cynical exterior, Harry Bosch is similar to Bolitar in many ways. Written by Michael Connelly, the Los Angeles based detective has to deal with some difficult cases, but he always gets the job done. He would also go on to feature in his own police procedural television series for Amazon, running for a number of seasons.

The Penguin Podcast – Harlan Coben with Konnie Huq: Talking about his stand-alone novel ‘Don’t Let Go’ with British presenter Konnie Huq, Harlan Coben gives plenty of insight into his creative process. Along the way he also offers some more personal information about his own likes and interests.

The B&N Podcast – Harlan Coben: Again looking at a stand-alone title, Harlan Coben talks about the thriller novel ‘Run Away’, giving further analysis of his work and novels. It’s an interesting look into life of the author and how he gets his many ideas.

How To Be Amazing with Michael Ian Black – Harlan Coben: Talking with the comedian Michael Ian Black, Coben goes further into his creative world, sharing how his stories came to be. He also takes a look at the other factors that go into his work, including the marketing process, providing a fully rounded portrait of who he is as an author.