Originally featuring in various other novels as a supporting character, the American authors Douglas Preston and Lincoln Child have made Aloysius Pendergast a leading protagonist in his own series. Working with the FBI as a special agent, he investigates the work of serial killers from his branch in New Orleans, Louisiana, travelling frequently. Over the course of his many novels he’s gone on to become one of the crime thriller and horror genre’s most compelling leading characters, with an endearing and charismatic personality. With his many books sprawling across various different strands, he’s become a well developed figure over the years, bringing in fans worldwide.

Introduced first in the 1995 techno-thriller Relic, Pendergast would debut as a supporting character. Investigating some particularly gruesome murders, he would later go on to star as the main leading character in the 2002 novel The Cabinet of Curiosities, but not before featuring in Reliquary, the sequel to Relic, in 1997. Over the course of his own series, he’s featured in the ‘The Diogenes Trilogy’ and ‘The Helen Trilogy’, along with a collection of short-stories too. Comprised of a number of different genre elements, with both Preston and Child bringing various contributions to the table, he’s a become a richly defined character over time. There’s also been a host of recurring characters throughout the series too, all developing the world of Pendergast as a whole.

There has been a television series of the novels, ‘Relic’ and ‘Cabinet of Curiosities’, proposed, but this has been cancelled for the time being. Planned for Spike TV in 2016 it was stopped the following year, although this could potentially change any time in the near future. As a book series though, it will live on gaining huge critical and commercial success, as there are plenty of highlights throughout the course of its run.

These are my personal top five highlights in the Pendergast series: 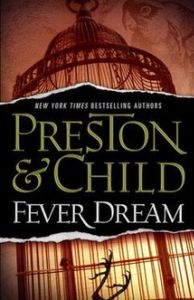 Dying in a tragic accident twelve years ago, Special Agent Pendergast is still mourning the loss of his wife Helen in Africa. That’s when he comes to realize that she was in fact murdered, leading him to question who she actually was, and who he really married. The most important question to him though is who murdered her, as he embarks on a quest for both answers and justice.

The one thing I noticed reading this book is that I was never once bored at any point, as the action flowed along almost effortlessly. Filled with tension and suspense, this does everything that a great thriller novel is supposed to do, getting straight to the heart of the story. Making the most of its premise, the characters are also to relate to, making you actually care for them and their plight throughout. 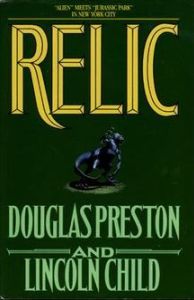 Deep within the dark and foreboding hallways of the New York Museum of Natural History, visitors there are being brutally killed in secret rooms. This is just days before a massive new exhibition is set to open there, and it appears that the killer is not human according to autopsy reports. With the directors of the museum opting to go ahead with the exhibition celebrations anyway, it is now up to the researcher Margo Green to get to the bottom of the case before it’s too late.

As genre fun and action goes, you can’t go wrong with this, as it’s a highly entertaining introduction to the character of Pendergast. Whilst he’s not at the forefront here, being more of a supporting character, his personality still shines through amidst everything else. The moody atmosphere is also extremely evocative, allowing readers to really immerse themselves in the story and the world. 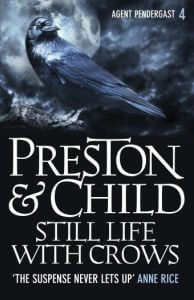 A normally peaceful small-town in rural Kansas has transformed itself into a killing ground, suggesting the work of a serial-killer. Some come to believe that it could maybe be something far darker though, with unnatural forces at work putting a curse upon the land. Investigating, Pendergast must delve into the evil that lies within the heart of America, where everyone could be threatened.

Combining horror with thriller, this atmospheric mixture of genres is a tense and scary look at the true nature of evil. Using its small-town location to thrilling effect too, it really manages to conjure up a continual sense of building dread throughout. With just a touch of gore as well, it relies on the imagination of the reader to conjure up some horrifying visuals, with scary themes reflecting this. 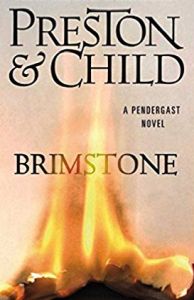 Found in an otherwise upmarket Hampton’s estate, the smouldering remains of the prominent art critic Jeremy Grove are discovered. Not only that, but there’s also a hoof-print left burnt into the floorboards next to his remains surrounded by the stench of Brimstone, as Pendergast must get to the bottom of the case. Travelling from New York, Pendergast and his colleagues head out to the Italian countryside in a quest for answers, where thirty years prior an unspeakable evil was summoned.

Whilst this is the fifth Pendergast novel overall, it’s also the first novel in the Diogenes Trilogy, setting up a new arc for the characters. The forces of good and evil collide here, in a dark and foreboding entry to a new chapter in the special agent’s career. Despite the tone being somewhat moody, there’s moments of humor, ensuring that the plot never gets bogged down, in a story that is fun and tense. 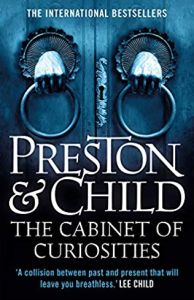 The remains of dozens of victims have been discovered beneath Manhattan in an underground charnel house lurking there. Finding the bones, it’s revealed that they could be the work of a serial-killer dating back to the 1880s; one that worked New York’s infamous Five Points neighborhood. With all the press surrounding the case, it appears that a new copy-cat killer is out on the loose, as Pendergast and his colleagues must solve the case before it’s too late.

This would be the first book where Pendergast himself steps to the forefront, dealing with an entirely new mystery. Following the previous two novels, it’s a great adventure for the agent, expertly sprinkled with moments of grim and grisly horror. The settings themselves are extremely noteworthy too, in that they perfectly conjure up a feeling of true dread and terror.

Best Books & Series To Read If You Like Pendergast:

Gideon Crew: Also written by Douglas Preston and Lincoln Child, this is another creation from the authors, this time focusing on the renegade Gideon Crew. With a tougher edge than Pendergast, Crew was previously a professional thief, before becoming a Ph.D. scientist working at Los Alamos. It is then that he’s recruited by a highly secretive organization after being given only a few years left to live, as he’s got nothing to lose.

Will Trent: Created by American thriller writer Karin Slaughter, Will Trent is an agent working for the Georgia Bureau of Investigation. With other characters, such as Faith Mitchell and Angie Polaski, Trent operates in a larger fictional universe that Slaughter has created, much like Pendergast. Taking place in Atlanta, Trent deals with various cases and investigations, solving mysteries in his own inimitable way.

Alison McNeil: Although there’s only two novels in the series so far, this is a character who definitely deserves a lot more attention. Written by the American author Jeff Gunhus, these thriller mystery novels really capture the reader’s attention from the very beginning. As a somewhat mysterious character, it would be a shame to give too much away about her, as there’s a lot of fun to be had discovering the truth as she initially heads off on the trail of a serial-killer.

Sherlock Holmes: The all time classic detective, Sherlock Holmes is the creation of British writer Arthur Conan Doyle, and it’s probably no surprise that he’s a choice here. Using his detective skills to analyze every possibility, he would solve mysteries alongside his assistant John Watson, noticing each and every detail. This would make for extremely compelling adventures, ones which continue to inspire the mystery genre to this very day, with many writers still influenced by the work of Doyle.

Jane Hawk: The creation of thriller and horror writer Dean Koontz, Jane Hawk is an FBI agent tangled in a web of conspiracies and lies. Dealing with the death of her husband, she denies that he committed suicide given that he had everything to live for, as she sets off to find her proof. Set in a murky world of deceit and corruption, she’s a compelling character who will stop at nothing to see justice done.

Poisoned Pen Podcast – Douglas Preston and Lincoln Child: Providing a laid-back interview with the authors, this looks into their work and how they feel about their characters. Easy going, it’s a fascinating and intimate examination of their stories and multiple series.

Beyond the Cover – Douglas Preston and Lincoln Child: Primarily talking about the release of their book ‘Old Bones’, this is a fascinating look into the authors’ work together. Breaking down where their ideas came from, they examine the creative process behind their characters and stories.

Thriller Radio – Douglas Preston and Lincoln Child: Speaking with the hosts Joshua Graham and Susan Wingate, this is an insightful interview with the authors. Getting them both together again, it hears from them as they speak about their writing career together.