From Kansas City, Missouri, author Gillian Flynn is most well known for her novel Gone Girl.

Gone Girl was an important novel in the book world as it set a new trend that is still going strong today. That was standalone psychological thrillers, primarily written by female authors, topping all of the best seller lists.

I for one couldn’t be happier with that and I have picked up so many great new books and authors due to that. Who knows how many of these authors would have taken the plunge if not for a trendsetter like Gillian Flynn?

Gone Girl wasn’t the first novel that Gillian wrote however it was the one that received the most notoriety and really put her on the map. She is a multiple award winner with her other novels converted into both a TV miniseries and a movie.

Gillian has only written 3 full-length novels and one short story as of this writing. Normally I do the “Best 5 Books” but with Gillian, I thought the Best Gillian Flynn Books would be organizing her novels in terms of where they rank for me.

Then if Gillian writes any more novels I can read them and fit them in where I feel is appropriate. 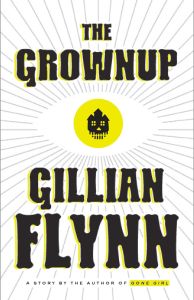 The Grownup is a short story written by Gillian Flynn. The story is about a woman who survives by committing fraud essentially; at the time she is a psychic who gets a customer that is experiencing terror due to an old Victorian house. She visits the house and finds it a very disturbing place.

It’s always hard to write descriptions about short stories without saying too much. I will say I was surprised that it won that Edgar Award for Best Short Story. Not sure I would agree with that. In saying that it was easy to go into this one over-hyped after the success of Gone Girl, and it was an interesting subject matter for Gillian to tackle. It’s not one I was recommending to friends after reading. 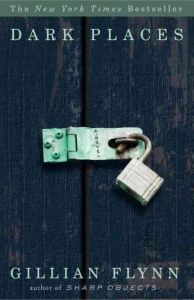 Dark Places was the second novel released by Gillian. It was an Ian Fleming Steel Dagger Nominee. The female protagonist is Libby Day. She was just a child when her sisters and mother were murdered in an event known as “The Satan Sacrifice”. Her brother was arrested and charged with the crime, in part thanks to Libby and her testimony.

The book takes place 25 years after this horrific event where a secret society known as “The Kill Club” believe the brother is innocent, and try to work together with Libby to prove this.

It’s certainly a very well written book and one that I feel is worth reading. From my initial reading, it just wasn’t as memorable as Gillians’ other books and in my re-read, I felt the same thing. It’s a very solid story that just pales in comparison to Gillians’ other works.

If you’re a fan of thrillers though, this one is certainly worth reading. 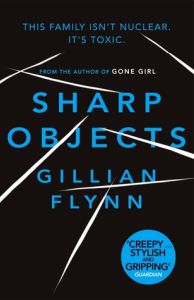 I went back and re-read all of the Gillian books prior to writing this article but I had a feeling that this one would be #2 on the list. It’s because between this and Dark Places, this one was just that much more memorable to me.

As I picked the book up, all the memories came flooding back. The story is about a reporter, Camille Preaker, who has just left the psych hospital and has to return to her small hometown to look into an unsolved murder.

What I remembered most was just the way Gillian built the world around Camille Preaker. She was able to really nail that small town, claustrophobic feel to it. As someone who grew up in a small town, I could easily relate to it and the main character.

I really need to give that TV adaptation a try. I’ve been meaning to and after reading the book again it’s fresh in my mind. Hopefully soon! I love Amy Adams. 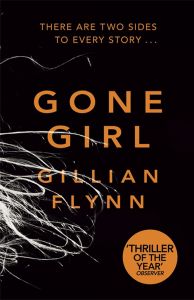 I think the biggest praise I can give to Gone Girl is that when I went back to re-read it prior to writing this article, I enjoyed it just as much as the first time. If not more.

It’s easy to write off some books as “well it’s all about the twist” but that really isn’t the case with Gone Girl. I’m not being facetious when I say that I consider this book a masterpiece. Both in terms of writing and the story itself. It’s also fascinating seeing how it completely changed the book world as we know it.

It also has the prestige of being one of those rare book to movie adaptations that actually work out. I’ve seen the movie a few times already and after re-reading it, I went and watched the movie for probably the 5th or 6th time.

Best Authors To Read If You Like Gillian Flynn:

The toughest thing here is narrowing it down to only a few! There are so many great authors that are like Gillian Flynn. Most of them no doubt inspired by her and Paula Hawkins.

Shari Lapena: Shari had written a couple of different style books before getting into the thriller genre with The Couple Next Door. This was an eerie thriller that had me hooked on Shari right away. She is ever-evolving as well going more into the Agatha Christie style and placing them in domestic settings.

B.A. Paris: B.A. Paris is from the UK and her first novel, Behind Closed Doors, had me hooked on her right away. It’s about Jack and Grace, a couple who from the outside seem like the perfect couple but behind closed doors? A completely different story. Some similarities in that regard to Gone Girl but it was good enough to stand apart and B.A. brings the quality with every new novel.

Cass Green: Cass is similar to Gillian in that many of her books are memorable and hard-hitting. As soon as I think of the title In A Cottage In A Wood for example, I immediately remember the entire story and picture myself back in that cottage in Cornwall.

Teresa Driscoll: A UK author who writes some great psychological thrillers. The Friend was the first book I read by her and is a great starting point. It’s about a mother who receives a phone call while stuck on a train informing her that two kids are in hospital; and one of them is her son. The jump from past day to present day etc to bring us up to speed is written so well and will have you on the train with her, feeling so frantic.

Armchair Expert with Gillian Flynn: Dax Shephard is the host of this podcast and they do a podcast live in front of an audience at the Chicago Theatre. An extremely entertaining podcast with a great variety of different subject matters discussed.

Flop House with Gillian Flynn: Very cool of Gillian to be on this podcast and it is a fun one where you can learn a lot more about her as they go over the movie Uninvited.