One of the early female protagonists that I came across was Nancy Drew. Who hasn’t heard of Nancy Drew? While those books are a bit dated, I would feel weird not mentioning it here. I wouldn’t be the reader I am without those books and I’ll always have a special place in my heart for Nancy and her adventures.

YA, or young adult fiction, has always been a source of some great female leads as well. Who can forget Katniss Everdeen from the Hunger Games series? Or Lyra from The Golden Compass? There is just something about this genre that really leads to some excellent female leads. The fact that so many young adult novels feature female protagonists is especially great because it sets these young readers up to accept female leads and look forward to them in their future reading.

I also have to mention detectives because they are some truly badass female detectives that have carried their own series. Tess Gerritsen’s Rizzoli & Isles series inspired the hit show, but is a great read as well. I’ve always been a big fan of the Maisie Dobbs series by Jacqueline Winspear as well. She is a private detective working in England between the years of 1910 and 1929, an interesting time in history for sure.

There is honestly just a lot to choose from here! I love so many books and there are just so many strong female protagonists that I feel like no matter what I list, I wouldn’t do it justice. Still, I’ll try my best to give some great recommendations from a wide variety of genres. I love making these lists, but this just might be the hardest one I’ve ever had to do! 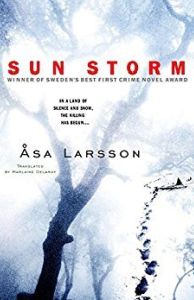 See at Amazon I am a big fan of Scandinavian noir and this series combines that love with my love of a strong female protagonist. The series’ first book, Sun Storm, introduces us to a Stockholm attorney named Rebecka Martinsson who makes her way back to her home town of Kiruna. The town is in the very north of Sweden and takes place in the heart of winter which matches just how dark and cold this story can be.

Rebecka left Kiruna in disgrace years before, but now she has to return because her friend’s brother has been murdered in the revivalist church that he created. Sanna, an old friend of Rebecka, is in need of her friend to help her with her guilt as well as to deal with an ambitious prosecutor and a dogged policewoman. Rebecka had her own relationship with the murdered man, but now wonders if she ever knew him at all. If she hopes to help her friend and help to solve this case, she’ll need to relive the darkness that she left behind in Kiruna all those years ago.

While the story itself is dark and sees many dark elements, Rebecka manages to life above all of that with an attitude to get things done no matter what. 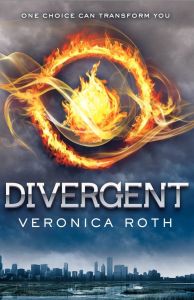 See at Amazon It would be hard to make this list without listing at least one YA series as the genre has been so good for strong female protagonists. One author that has been especially good with them is Veronica Roth who introduced the world to Beatrice Prior in the Divergent series.

This series takes place in a dystopian world where society has been divided into five factions, each on dedicated to their chosen virtue. They are Candor (the honest), Abnegation (the selfless), Dauntless (the brave), Amity (the peaceful), and Erudite (the intelligent). Each year, on a chosen day, all sixteen-year-olds must select which faction they will devote the rest of their lives to. It is a choice that will decide the rest of your life and, for Beatrice, it is a choice between staying with her family and being who she really is.

In Divergent, Beatrice makes a choice that surprises everyone, including herself. She is put into the highly competitive initiation where the initiates must undergo extreme physical tests of endurance and intense psychological simulations. Finding people she can trust here is not easy, but she manages to meet a boy with whom she develops an attraction. Beatrice, now calling herself Tris, is keeping a secret from everyone because she’s been warned it could lead to her death. However, the more she learns about her new world; the more she discovers unrest and conflict in it. It turns out that Tris’ secret could be the key to saving those she loves, if it doesn’t destroy her first. 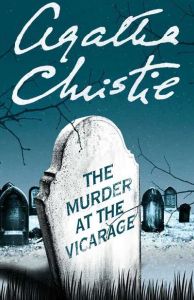 See at Amazon How can I make a list like this without featuring some work by one of the greatest all-time female authors, Agatha Christie? I can’t, I just can’t, and the Miss Marple series fits perfectly on this list.

The first book in the series is called The Murder at the Vicarage and introduces us to our beloved investigator, Miss Marple. This novel is near the top of the list of some of the best works by Christie during her illustrious career. While elderly spinster Jane Marple is the one who solves this case, the story is actually told from the perspective of the town Vicar, who home the murder took place at. Miss Marple is the nosy neighbor who manages to figure things out.

No one in the sleepy village of St. Mary Mead likes Colonoel Protheroe, the local magistrate, with many wishing he was dead. And then that is exactly what happens one night in the vicar’s study when he is shot in the head. There are plenty of suspects for the crime and it’s up to the inscrutable Miss Marple to untangle the web and unmask the killer. 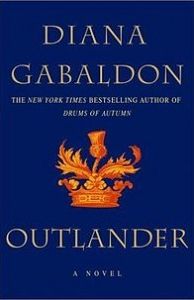 It may seem cliched to put a romance series like this on the list, but this is not your ordinary romance series and Claire Randall is a strong female protagonist.

Outlander is the first book in the series of the same name. In the Scottish Highlands in 1945, Claire is a former combat nurse who has returned from war to reunite with her husband. They are on their second honeymoon when she walks through a standing stone in one of the ancient circles and finds herself transported to Sassenach—an “outlander”— in the year 1743. Clare is in incredible danger in this land and soon realizes that her only chance at safety is a young Scots warrior named Jamie Fraser. Her need for help turns into something else as Clare becomes torn between two very different men, in two different centuries. 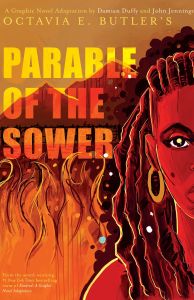 See at Amazon Parable of the Sower is the first in a two-book series by Octavia E. Butler. The series is considered to be some of the best work of her illustrious career. It takes place in a near future when society has collapsed due to climate change, wealth inequality, and corporate greed.

Lauren Oya Olamina is a young girl afflicted with hyperempathy, the ability to feel the pain of others, who is growing up in a gated community near Los Angeles that is struggling to keep the outside world out. Lauren realizes that the way the world is now doesn’t work and makes plans to develop a new belief system that she believes could lead to a better world. When her community is destroyed, she will need to put her beliefs into action on the road as she and the others she meets along the way fight for survival.