The post-apocalyptic genre of books is really blowing up these days. People are always saying we live in strange times and it seems like not a day goes by without something previously unprecedented going down.

In that way, these books play on the fears and anxieties that we all have about the world. They can make us confront these feelings and acknowledge the ways that they make us feel.

Yet in a strange way, post-apocalyptic novels are almost comforting. The world that we know may have been ruined by whatever happened in these books, but the people are still going and they are persevering through the challenges that they face.

These worlds challenge us to accept something new and it can be a lot of fun to see how the author sees the world of their novels. What things last? What things are missing? How do people find ways to live? These things can be just as interesting as the plot itself.

Personally, I love the post-apocalyptic genre and do my best to read everything in the genre. From classics like The Road by Cormac McCarthy to The Stand by Stephen King to World War Z by Max Brooks.

I’ve read all kinds and I wanted to present a list that is not so obvious in its selections. I didn’t want to just pick the most popular books, but books that will stick with you long after reading. This is a genre that is near and dear to me so I took this list pretty seriously. Let’s check out my favorites. 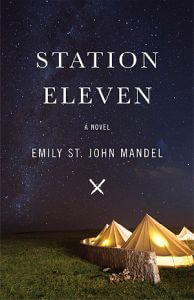 See at Amazon Emily St. John Mandel is one of my favorite authors going right now. She has such a unique way of laying out her plots and her books exist in a universe where you can notice things from book to book. Station Eleven may very well be her masterpiece and the book tells of a near-future where a pandemic has wiped out much of humanity.

Kirsten Raymonde is just a young girl acting on stage with Arthur Leander when he has a heart attack. She doesn’t know what’s going on at the time, but it’s a night she’ll never forget because it is the same night that the flu pandemic made its way to her city and change the world forever.

The story picks up twenty years after that night when Kristen is apart of a traveling troupe of actors and musicians. They are called The Traveling Symphony and they have dedicated themselves to keeping art alive in this cruel world. Not everyone wants that though as they encounter a violent prophet who will threaten their existence.

St. John Mandel’s story weaves back and forth in time, between numerous characters, depicting life before and after the pandemic hits, and the strange ways that everyone is connected. 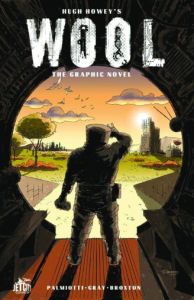 See at Amazon Hugh Howey’s Wool is the first book in the Silo trilogy and has drawn comparisons to books like 1984 and Brave New World. It is a story of mankind as they are fighting for survival.

What is left of humanity lives in a silo. They are the remnants of society and they live here because the outside has grown so toxic that it is unsafe to live. There are some who hold dreams of going outside and that optimism can infect the others in the silo. As punishment they are given what they want: they are sent outside.

Now, Juliette, a mechanic, has been inexplicably promoted to the head of law enforcement. She has no taste for the power and the customs she is meant to abide which leads to her uncovering what could be a sinister conspiracy. One that could cost the lives of every last human in the silo.

The Giver by Lois Lowry 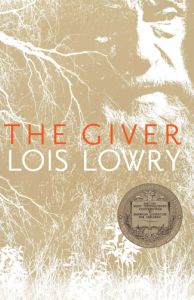 See at Amazon Lois Lowry won a Newberry Medal for The Giver which should give you a pretty good idea of the quality of this book. Some people consider it to be one of the more influential books of all time. Written in 1994, the story still holds up today.

The Giver centers on Jonas, a twelve-year-old boy who lives in a world of conformity and contentment.

People in his world are given life assignments and assigns him as the Receiver of Memory. Only once he takes this role does he begin to understand the dark, complex secrets behind his fragile community.

This is part of the Giver Quartet and all of it is worth reading. So so good!!!

Parable of the Sower by Octavia E. Butler 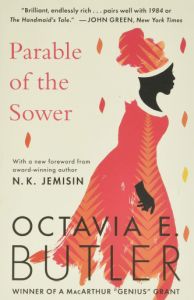 See at Amazon Octavia E. Butler is one of the greatest science fiction of all-time and her post-apocalyptic Parable series is some of her best and darkest work.

The series begins with Parable of the Sower which introduces us to Lauren Olamina. She is a teenager living in one of the last safe neighborhoods on the outskirts of Los Angeles. Their community tries to keep things together and salvage what is left of their culture, but Lauren knows that this is simply not going to last and that the way things have been going will not continue to work. However, she has an idea to change everything.

Lauren struggles with hyper empathy, a condition that makes her sensitive to the pain of others and allows her to feel what they are feeling – whether she wants to or not.

The outside world is closing in on the small community which sends Lauren out into the world. She meets up with refugees along the way and starts to share her ideas on how to make the world a better place with her religion.

The Girl With All the Gifts by M.R. Carey 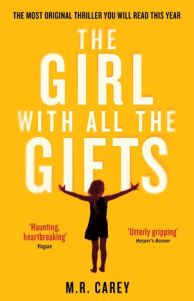 See at Amazon M.R. Carey had a real hit on his hands with The Girls With All the Gifts. The book got great reviews upon its release and was later adapted into a film of the same name. Carey wrote the screenplay for this which ended up nominated for a BAFTA. It is a wholly original story that is equal parts heartfelt and remorseless.

Melanie is the girl the title refers to and she is a very special girl. Dr. Caldwell refers to her as a “little genius”. Each morning Melanie leaves her cell for class. She is escorted by Sergeant, who keeps his guns pointed at her while she is strapped into a wheelchair. Melanie thinks this is because they don’t like her and even jokes that she won’t bite, but no one is laughing. They know how powerful she is.

These are just a few of my favorite post-apocalyptic novels, but I could probably list ten more if I had to. Are there any in particular that I missed? Let me know in the comments!