A classic adventure novelist and renowned thriller writer, Clive Cussler was well known for spinning an exciting and entertaining yarn during his long and illustrious career. An American novelist, he managed to draw readers in from all over, with his work inspiring not just big-screen adaptations, but even video-games as well. He’d also write children’s fiction too, with stories for younger readers that would really showcase just how versatile he was as a writer. The all out action adventure was famously his go to choice of genre though, and his style would come to inspire a lot of Hollywood blockbusters in the years to come.

Originally working as a copywriter following his time spent serving in the military, Clive Cussler would produce radio and television commercials for an advertising agency. This would lead to him bringing out his first book in 1973 titled The Mediterranean Caper, and it would later go on to become the first title in his Dirk Pitt series of novels. Running for over twenty-five novels, he would later go on to write the series with his son Dirk Cussler, starting with the eighteenth title Black Wind in 2004. He’d also create the NUMA Files series, the Oregon Files, Isaac Bell, and the Sam and Remi Fargo Adventures, along with two works of children’s fiction; The Adventures of Fin Viz in 2006, and The Adventures of Hotsy Totsy in 2010. There would also be some non-fiction work based on his time as an underwater explorer, including The Sea Hunters, which he’d write a sequel to with fellow writer Craig Dirgo.

The work of Clive Cussler lives on, as his name has become synonymous with a certain brand of action packed adventure. Seeing his first film adaptation in 1980 with Raise the Titanic! based on his 1976 novel of the same name, this would quickly bring him into the homes of many. There was also the 2005 film Sahara, which was based on Cussler’s 1992 novel of the same name too. From his first novel being nominated for The Edgar Allen Poe Award in 1974, to a Colorado Blue Spruce Award nomination in 2002 for his 1999 novel Atlantis Found, Cussler was not without critical acclaim either, as numerous books and texts were written on him, in a career of many highlights.

Some of my own personal highlights from the career of Clive Cussler are as follows, ranked in order of top five: 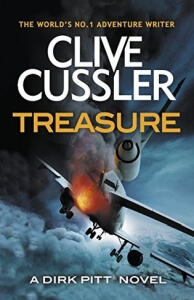 Renowned adventurer and explorer Dirk Pitt is hot on the trail of the secret legendary treasure of Alexandria, as he’s taken head-first into a dark and twisted conspiracy. With the heart of American society being threatened, zealots are hoping to bring disorder by destabilizing the governments of Mexico and Egypt. Now it appears that Dirk Pitt is the only man that stands in their way, as he not only finds himself fighting one of the world’s most feared assassins, but also preventing a secret plot to take over the entire world.

This is definitely a classic adventure that doesn’t mess around, getting straight to the heart of the action almost immediately. Having fun with its premise, the story is noteworthy for its incorporation of real-world historical events into its fictional conspiracy. With hidden treasures and high adventure, it’s a fun and exciting romp that isn’t afraid to be an all out entertaining read. 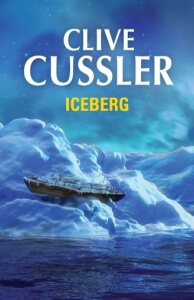 Vanishing en route to the White House, a luxury yacht was said to be meeting up at a secret rendezvous, only to never arrive. Buried deep within an iceberg now, the long-missing vessel houses the charred remains of its crew, along with its cargo containing nine rings ornately carved. Entering the fray, Dirk Pitt must now get to the bottom of it, as he also attempts to prevent a rich multi-millionaire from threatening the stability of the world’s economy.

Again this is another classic yarn in the traditional adventure mold, doing what Cussler does best, which is having plenty of fun with the material. Dirk Pitt is a great central character once again, with this being the second title in his much loved series of novels. With a great cast and an action packed premise, Cussler continues to entertain, knowing exactly when and where to take the story every beat of the way. 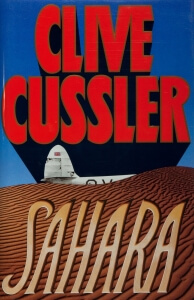 There’s a disease raging through North Africa that’s making people turn to cannibalism, madness, and death, and UN scientist Dr. Eva Rojas is looking to prevent it spreading further. Taking place in Egypt, 1996, Dirk Pitt is searching the Nile for a treasure, but now he must help Eva after preventing an assassination attempt on her life. Dealing with ancient secrets along the way, they must now stop the pollution that’s spreading across the seas at an unprecedented rate, whilst holding back a wealthy industrialist who stands in their way.

Made into a 2005 film starring Matthew McConaughey in the lead-role of Dirk Pitt, this is the ideal adventure story. It’s the eleventh title in the Dirk Pitt series, so the character is already well established by this point, as it jumps straight into the action. With so much going on there’s something new on every page, and Cussler does a great job of keeping on top of it all, as I never felt lost at any time. 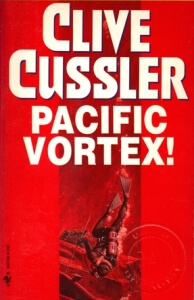 Expert of the deep seas as well as an intrepid adventurer, Dirk Pitt must dive down below the surface of the ocean after a nuclear arsenal goes missing. Known as Starbuck, this American arsenal could potentially blow-up the sea if Pitt doesn’t manage to track it down in time and stop it from doing so. Dealing with underwater assassins and all manner of traps, he must race against the clock, all with the help of the beautiful Summer Moran, as the two of them work together to save the day.

Constantly building towards the thrilling climax, this is more of Clive Cussler’s blockbusting brand of action, grabbing the attention of the reader from the very first page. Taking place on the ocean this time, the adventure continues to come thick and fast, in a pulpy, fun and flat-out entertaining novel. In the foreword Cussler himself mentions that he never planned on getting the novel published, but I still really enjoyed it, as it didn’t take itself seriously at all, and Cussler really lets himself go all out. 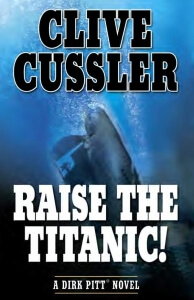 Developing a secret defense weapon using an extremely dangerous and rare radioactive element, the President’s task force wants a hidden cache of the substance. It’s this trail that the adventurer Dirk Pitt follows, taking him to the shipwreck of the century; the Titanic, as it rests upon the ocean floor just waiting to be discovered. Within the wreck is a cargo of the substance, as Pitt does his best to retrieve it before time runs out, making sure it lands in the right hands.

Another maritime adventure yarn, this was my favorite from Cussler as it has all the ingredients for a perfect adventure. Very much of its time, this being written during the seventies, some of the elements may feel a little dated, but overall it’s still a classic. The story moves along at a fun and thrilling pace, making this the ideal story for anybody looking to get into the work of Cussler and all that he has to offer.

Best Authors To Read If You Like Clive Cussler:

Wilbur Smith: With his sense of the exotic, he hits a similar tone to that of Cussler, combining mystery with well researched travel. Many of his stories have historical settings, which is also highly authentic, as his novels take place in a range of different locations. This is something that Smith excels at, bringing an element of suspense in too, keeping the reader constantly engaged throughout.

Kathy Reichs: Largely a crime and thriller writer, she would also maintain a pulpy and engaging style through much of her work. An anthropologist too, her work has a strong sense of personality running through it, lending a real grounded quality. The stories are gripping as well, allowing them to come alive in a similar manner to Cussler’s novels, as they’re both fun and engaging.

Peter Benchley: Writing with a sense of adventure, Peter Benchley would focus on big blockbuster style action in a style similar to Cussler. He’d also see films adapted from his work, most notably that of Jaws in 1975, making him an important household name within the industry for years to come. A screenwriter in his own right too, he was an ocean activist as well, a passion that would consume much of his work, again much like Cussler.

Stephen Coonts: Fun and exciting, Stephen Coonts also brought adventure to the table, allowing his readers to get swept up in his fast-paced stories. His novels would employ an extremely animated quality, as he never took himself to seriously, something which you can feel through his writing. This passion for adventure is infectious here, as I always have fun with his novels, as they carry me away every time.

Diane Duane: Very much a genre author too, Diane Duane focuses her stories largely on fantasy and science-fiction, giving them an escapist quality as well. She’s written countless books, many of them being for younger readers as well, with her being a highly versatile novelist. Entertaining the reader is her mission first and foremost, and this is something she succeeds at, as I never feel bored reading her novels.

Beaks and Geeks – Clive Cussler: Talking about his novel ‘Havana Storm’ with the host Lindsay, Clive Cussler breaks the novel down in detail. Looking at how he came to write the book, it’s an interesting insight into his creative process.

NOW With Dave Brown – Legacy of Clive Cussler: This is more of a retrospective of the life of Cussler himself. Looking back on his career, the host Karen McKay examines the legacy of the author and what it means today.