Halloween is my favorite time of the year. Sure, the parties, the candy, and dressing up is loads of fun and all that, but what I am really like is the scary stuff! Scary movies, horror themed TV shows, and, especially, scary books!

There is no better time to start reading some horror than around Halloween time. For whatever reason, October is just a fun time to be scared so I want to share with you some of my favorite recommendations from the past couple of years in the horror genre. These make great reads for Halloween or for whenever you feel like a good scare!

Of course, it would be easy to make this list with only Stephen King books. I could probably do a post of just King books. (Hey, that’s not a bad idea!) However, that is not what I am going to do here. Anyone can tell you to go read a Stephen King book if you’re looking for a scare. That’s like telling someone to drink water if they are looking for something to drink. It’s just too obvious.

Instead, I’m looking at books that maybe have flown under the radar a bit or don’t get mentioned on lists like this as much as they should. I have a real passion for Halloween books and I want to recommend some that you won’t find on every list online. I took my time to cultivate this list and I hope you enjoy it, and are able to get some good scares out of it in your future.

The Hunger by Alma Katsu 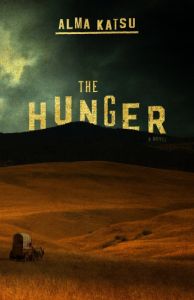 See at Amazon Everyone has heard of the Donner Party, right? One of the most infamous stories in American history, the Donner Party was a group of American pioneers who got caught in the winter and some of the party ended up resorting to cannibalism story. A truly messed up story. Well, The Hunger is basically that with a supernatural twist to it. A deeply disturbing novel that is hard to put down.

The story sees the Donner Party heading out on their trip and being hit with the numerous misfortunes that plagued them. The only explanation for it has to be evil. They can’t seem to get to their location or escape the feeling that they are being watched.

As the members of the party start to go missing, the survivors are left wondering if there is something in the woods that is taking them away. Or, perhaps, the evil has been growing within them all along.

See at Amazon Penpal is the type of book that you are better off knowing less about before you go in. The background of the book is quite unique as it started as a “creepypasta” post on reddit and was later published after a GoFundMe campaign to get it released.

The story sees a man trying to make sense of his mysterious and unsettling childhood memories by trying to reconstruct his past. As he begins to piece together his adventures and games, he realizes that there is a larger story here that he has been missing. A story that is far worse and horrific than he ever could have expected.

The story is told in a sort of puzzle box manner where each chapter gives the narrator (and the reader) a different piece of the puzzle. By the time you put it all together, you’ll wish you didn’t.

The Dark Hour by K.J. Young 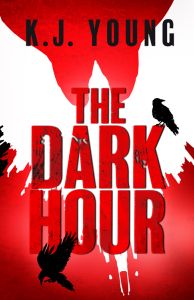 See at Amazon Mark Norman is a man who can’t catch a break. He’s looking for a job and finds one when he is hired to serve as a live-in health aide to two elderly siblings in their run-down mansion. His charges are both former stage magician who give off an eerie vibe, but the money is too good for Mark to turn away. He makes himself indispensable to the siblings and holds out hope that one day he’ll be the one to inherit their vast fortunes.

Another employee of the house, Lisa, shares with Mark that she has had dark premonitions and her belief that there is evil lurking in the house. Mark doesn’t believe her at first, but then he starts to have nightmares. After that, the house starts revealing itself to him and he can’t deny that there is something wrong here. He’s terrified, but the lure of the money is just too strong. 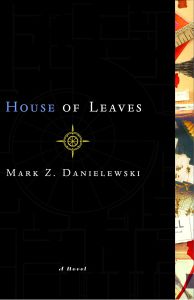 See at Amazon This book almost defies description. It’s not really a novel as much of a collection of things that make up a story. There is writing, poems, collages, pictures, crossed out pages, and more. The book has footnotes that tell their own story, different fonts and styles, and much more. There is not much like this one. It’s wholly unique and pretty dang terrifying.

The story focuses on a young family that moves into a home on Ash Tree Lane who discover something impossible about their home: the inside is much bigger than the outside. A Pulitzer Prize winning photojournalist and his companion head to the house to check it out and find themselves dealing with things they couldn’t have imagined.

I can’t say that much more about this book if I don’t want to spoil anything. I won’t say it is for everyone, but if it is for you then the odds are you are going to love it. 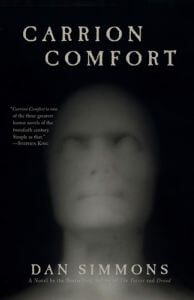 See at Amazon Saul Laski was one of the many who were destined to die thanks to Hitler’s Final Solution and the notorious Chelmno extermination camp. As he prepares to meet his fate, he finds himself face to face with an evil older and greater than Hitler or the Nazis.

Saul goes on to live for years more as a part of a secret society of beings who exist behind humanity’s most awful acts. They kill from a distance and manipulate the humans to their will, feeding off their emotions and forcing them to do awful things.

The most powerful of the beings meet up to discuss their dealings each year, but this year sees something going wrong. Now, the hunters and the hunted will be drawn into a struggle that will plumb the depths of mankind’s attraction to violence. A struggle that will determine the future of the world itself.

My name is Janise and I love to read. I read one book a day! This website is all about me listing the best books by author and series. I hope you enjoy it and thanks for visiting!