Scandinavian Noir (or Nordic noir) is a genre of crime fiction that has really grown in popularity over the past few years. Great examples of this genre would be Henning Mankell’s Kurt Wallander series, Karin Fossum’s Inspector Sejer series, and the wildly popular Stieg Larsson Millenium series that started with The Girls with the Dragon Tattoo.

The genre became well established during the 1990s when Henning Mankell’s books first broke out into the mainstream. Some people have referred to Mankell as the “father of Nordic noir”. However, Mankell himself likes to credit the Martin Beck series of novels that were written by Maj Sjöwall and Per Wahlöö. Mankell says that these books broke with the previous trends in crime fiction to pioneer a new style inspired by American writer Ed McBain. The novels included a critical perspective of Swedish society that was simply not seen in books of these types previously. Others have pointed to Peter Høeg’s Miss Smilla’s Feeling for Snow as being massively inspirational to the current era of Nordic noir.

For whatever reason, Nordic crime fiction is considered to be more respectable than similar stories written in the United States or Britain. A part of this is that the writing style of the genre is considered to be more realistic, simple, and precise. The writing is stripped of unnecessary words and presents the facts in a much more direct way. The protagonists are also a major feature of this genre as they are typically morose and worn down by their careers. Their lives, while heroic, cast a light on the flaws of society in general. The dark underbelly of modern society nearly always plays into these stories which is why we love them so much.

Of course, this genre’s popularity has spread into the world of film and television. The Girl with the Dragon Tattoo has been made into a major motion picture. Television shows like The Killing, The Bridge, and Trapped are all heavily influenced on the Scandinavian noir genre. 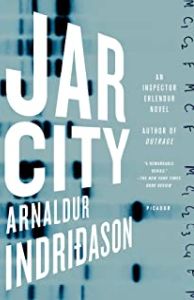 See at Amazon Arnaldur Indridason is a Gold Dagger Award-winning author and the creator of the Inspector Erlendur series. The series has eleven books to date with the first one being Jar City, also known as Tainted Blood.

I am a big fan of Indridason’s Icelandic thrillers and I’m a big fan of Erlendur as a detective. He may be the most human detective that I have come across while reading and I’ve read a lot of detective books over the years! While I like all of the books in this series, the first one is by far my favorite and one that I had trouble putting down.

The story of the first book sees a lonely old man found dead in his Reykjavík flat. There isn’t much to go on with this crime except for two clues left behind: a cryptic note and a photograph of a young girl’s grave. In his investigation, Inspector Erlendur finds that this old man was accused (but never convicted) of a rape many years ago. Erlendur will need to figure out if this man’s past has come back to haunt him as he digs into the cold case surrounding him. What he’ll find turns out to be much bigger than the murder of a single lonely old man. 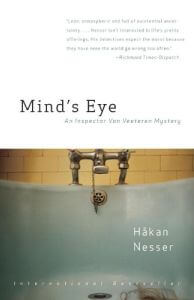 See at Amazon This series really took me by surprise and that’s coming from a big fan of Scandinavian noir. The series is just so intense, with each book filled with mental and physical anguish. The psychological suspense in these books is simply unmatched.

The Mind’s Eye was the first book in the series, but the first one released to American audiences was Borkmann’s Point. That is the book that first introduced me to the series and had me hungry for more.

Borkmann’s Point sees Chief Inspector Van Veeteren brought to the coastal town of Kalbringen to assist the local police with the investigation of two recent ax murders. It appears to be the work of a serial killer and that is confirmed when another body turns up. Making matters worse, one of Van’s colleagues has also gone missing. The young female detective’s life hangs in the balance as Van Veeteren works to catch the killer before it’s too late. 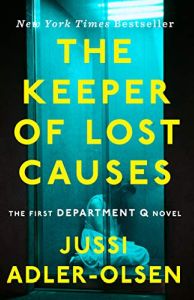 See at Amazon This is a unique series in the world of Scandinavian mysteries. It is not dark and gloomy like many of them but instead has a lighter tone. A big reason for this is Assad, one of the better sidekicks that we’ve seen in detective fiction. He brings a lightness to the proceedings which improves the story a lot.

The first book in the series is The Keeper of Lost Causes which introduces us to Carl Mørck. He was once one of Denmark’s best homicide detectives, but after an incident that he blames himself for – he is assigned to Department Q. This is a department of one where Carl has a huge stack of cold cases that he needs to go throw. While his fellow officers may snicker at his position, he has found a file that has given him a purpose. The case of a liberal politician who vanished five years earlier was presumed dead, but Carl suspects that she is very much alive. 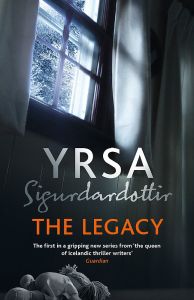 See at Amazon Sigurdardottir’s series is one with a very dark tone that keeps readers on the edge of their seat. That is to be expected with Scandinavian noir, but what sets this series apart is the diverse collection of engaging characters.

The series begins with The Legacy. We are introduced to a unique crime solving team in the psychologist Freyja and the police officer Huldar. They are on the murder case of a mother and the only person who can possibly help them is her seven-year-old daughter who was found hiding in the room where it happened. The daughter has quit talking though and detective Huldar needs help. That’s when he turns to Freyja for help, even though she distrusts him and police in general. However, she is driven by her desire to help this little girl. 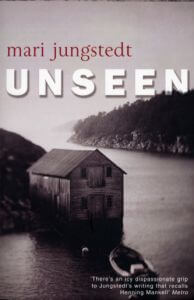 See at AmazonThis series may be known to you because it was adapted for television in both Sweden and Germany. Jungstedt works as a journalist in her home country and Unseen is her first mystery and the first book in this series. This is a series that would be on any “If You Like Henning Mankel” list so it definitely belongs on this one as well.

The Inspector Anders Knutas series begins with Unseen. The story takes place on the island of Gotland, a popular tourist destination that is in the middle of their busiest season. A horrendous crime takes place that rocks the community as a young woman is found murdered along with her dog. The dog has been beheaded and the woman is found naked, covered in axe wounds. It is a brutal and cruel murder.

The signs point to her jealous husband as the culprit, but then a second victim is found which leads local investigators into believing that there is a serial killer on the loose. Inspector Anders Knutas is brought in to take on the case and feels tremendous pressure to catch this killer without causing any bad PR for the island.

The case is also being investigated by Johan Berg, a young journalist who has been sent to cover the incidents, and Emma, a friend of one of the victim’s. They each approach the investigation in their own way, but they are all closing in on a killer.

Thanks so much for checking out my list and please let me know what you think of it below. This list is just scratching the surface of some of the great Scandinavian noir series that are out there and I could probably write this article four more times without getting to all of my favorites.