I love a good book series, but you don’t always want one that goes on forever. Book series are at their best when they come in trilogy form and tell one story over three books that pay off in all the right ways.

One of the best examples of this has to be The Hunger Games. I can remember just how I felt reading this when it first came out, ready to devour the next book, and then knowing it would all pay off in the third book. I can’t say I agreed with all the choices the author made, but it all paid off and it was well worth the investment. That’s not on this list because it is the kind of book that I feel like everyone on earth has already read. That said, if you haven’t read it yet, you absolutely should!

A lot of times with books, you can be left wanting more of the characters. While when you read a long series, you can get tired of the same characters after so much time. With a trilogy, it just works perfectly. Authors are able to wring every bit of story out of their characters and then send them on their way.

YA and fantasy are some of the most popular genres for trilogies, but they aren’t limited to just those. This list has some great series in those genres as well as historical fiction, science fiction, and thrillers.

I aimed for a little bit of everything in this list of great trilogies. Of course, I couldn’t nearly get to all of them and there will be surely be some notable series left out. If you’re interested in another list of book trilogies, let me know in the comments below. 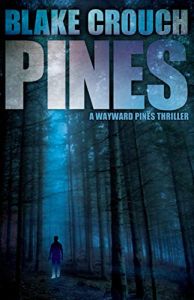 See at Amazon This is a series where the less you know going in, the more you will enjoy it. Even sharing the genre could be considered a spoiler! That said, even if you are aware of the plot it is still a solid read with a good story to carry it through all three books.

The first book is called Pines and starts off with a secret service agent named Ethan Burke who is heading to Wayward Pines, Idaho on a mission to locate and recover two federal agents who have gone missing in the town. He leaves behind his wife and son in Seattle and heads to this small town to try and find some answers.

However, as soon as he arrives he is involved in a violent car accident. When he comes to in the hospital he has no ID, no cell phone, and no briefcase. The hospital staff is friendly and helpful, but something is not quite right. Ethan resumes his search for the missing federal agents which only turns up more questions than answers for him. As he looks for answer, he only finds more questions about everything: the people, the town, the fence, and the outside world. What is going on in Wayward Pines? 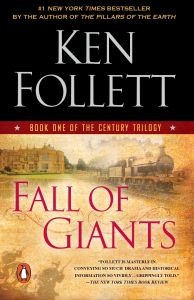 See at Amazon Ken Follett has a lot of great books, but his Century trilogy may be one of his best. The story follows five interrelated families as they move through the momentous dramas of the First World War, the Russian Revolution, and the struggle for women’s suffrage. The series begins with Fall of Giants.

The story is told through numerous characters. A young Welsh boy who is forced to become a man by entering the mine pits, an American law student who finds a career in Woodrow Wilson’s White House after being rejected in love, a housekeeper for aristocrats who takes a step above her station, a lady of influence who falls in love with a Russian spy, and two Russian orphans who embark on far different paths.

The series is grand in scope, scale, and story that can really suck readers into its big story. The first book is nearly a thousand pages long, but somehow keeps you wanting for more.

The Inheritance Trilogy by N.K. Jemisin 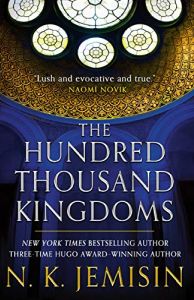 See at Amazon When you think of an epic fantasy trilogy, this series is exactly what you are thinking of. It features an outcast heroine, a magical land, and a smart story. This is what epic fantasy is all about and N.K. Jemisin’s series is a must read. The series began in 2010 with the first book, The Hundred Thousand Kingdoms.

Yeine Darr lives in the barbarian north who lives an outcast. Then her mother dies under mysterious circumstances and she finds herself drawn from the shadows as she is summoned to the majestic city of Sky. Once there, her entire life changes when she is named as an heiress to the king.

Now in Sky, Yeine will find herself thrust into a vicious power struggle with cousins she never knew she had. The throne of the Hundred Thousand Kingdoms is not easily won and she’ll be in for a fight for her life. While doing so, she will draw closer to the secrets of her mother’s death and her family’s bloody history.

Lewis Trilogy by Peter May 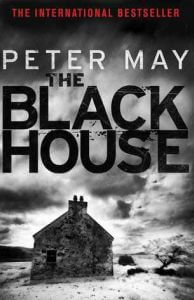 See at Amazon Peter May’s million-selling series is one of the best regarded crime series of the past decade. It has been the recipient of numerous awards with the first book in the series, The Black House, being the winner of the Barry Award for Best Novel of the Year. May has had quite the career with major success as a journalist, television writer, and novelist. I may be a bit biased, but his work writing novels is my favorite.

The series takes place on Isle of Lewis, Scotland: a land of harsh beauty and inhabitants of deep-rooted faith. The first book sees Detective Inspector Fin Macleod sent in from Edinburgh to investigate a murder. Macleod is from this area and is assigned to the case because he speaks Gaelic. The case is not only a trip home for him, but a trip into his own past.

Finn has trouble dealing with the people that he left behind all those years ago, with a lot of the story covering his first-person memories of his life on the island. Finn had to overcome a lot of odds to make it out of this town, but he regrets his decision to become a cop. This town has a secret, a dark secret, that Finn will work to uncover. However, his investigation will lead to him becoming the one being hunted as opposed to the other way around. 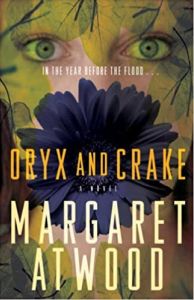 See at Amazon A lot of people are familiar with Margaret Atwood for The Handmaid’s Tale and this is right there with it as the best work of her career. The series has drawn comparisons to science fiction heavyweights like George Orwell, Anthony Burgess and Aldous Huxley, and Atwood absolutely belongs in that company. The MaddAddam trilogy started with Oryx and Crake, released in 2004.

Oryx and Crake is part vision of the future and part unforgettable love story. The story introduces us to Snowman, once known as Jimmy before mankind was overwhelmed by a plague. He is struggling to make his way in the world as he may be the last human alive. Snowman misses his best friend, Crake, and the love of both of their lives, Oryx.

Snowman heads through the lush wilderness with the help of the green-eye Children of Crake on a search for answers. Atwood does a great job of creating a world that has been ravaged by powerful corporations who took ruined our world through uncontrolled genetic engineering. The future she creates is familiar while also being beyond imagination, and downright creepy. If you’re looking to check out Atwood, this is the series.